South African opposition parties have come together to speak out against the ongoing xenophobic attacks in that country.

In a letter addressed to South African President Cyril Ramaphosa, Leader of the Offical Opposition, Mmusi Maimane requested an urgent meeting with the former to discuss xenophobia among other issues. He wrote:

I am writing to you on behalf of leaders of the opposition parties to request an urgent meeting about the socio-economic crisis which includes xenophobic and gender-based violence.

This request comes on the basis of a national crisis with the economic and social collapse in action, and recent widespread violent protests, looting, destruction of property and general lawlessness. There continues to be civil unrest with violent protest action countrywide.

The purpose is to discuss many issues. One of which will be a meeting to understand the nature of the intelligence around these attacks.

The nation requires strong leadership in a time like the present and for the restoration of law and order. Surely we can agree that it is unacceptable and not in the best interest of our nation for such incidents to occur so let us work across party lines to bring an end to this crisis.

Reports from South Africa indicate that 5 people have been killed during the ongoing unrest, among them a Zimbabwean woman and two South Africans. 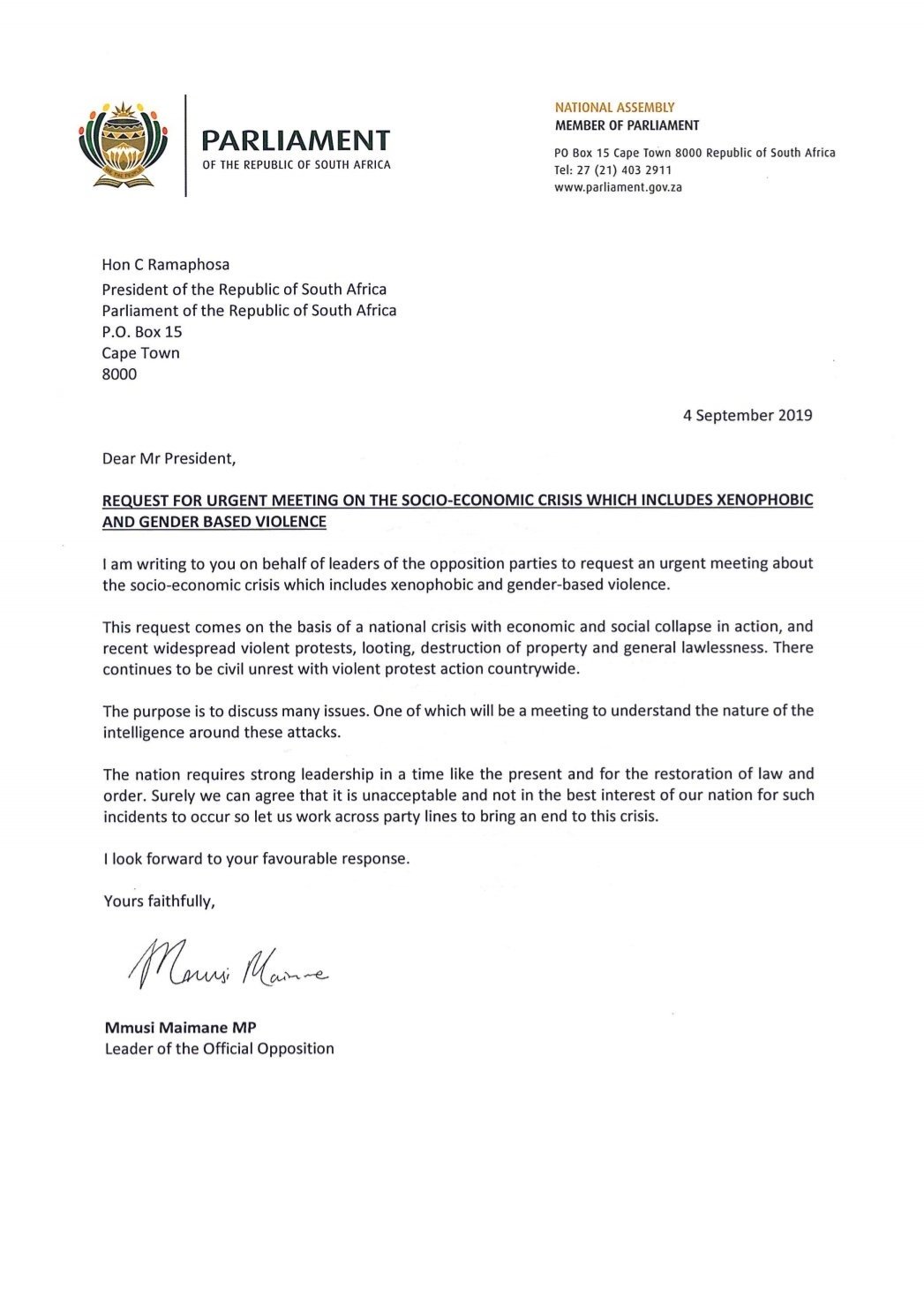