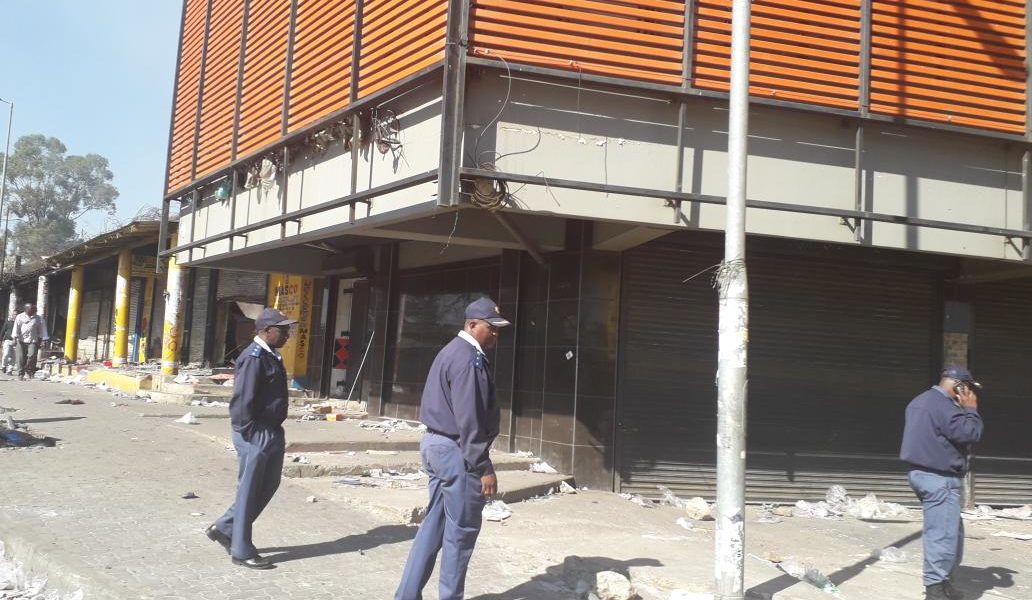 South Africa’s Police Minister, Bheki Cele on Tuesday pleaded with Jeppestown residents in Johannesburg to desist from attacking businesses in the area, a plea which was rejected by the residents.

Cele addressed the residents who had earlier attempted to storm a police station where the Minister was being briefed by police officers.

Speaking in Isizulu, Cele urged the residents to observe peace, promising to meet them over the weekend to address their concerns.

The Minister dismissed calls to deploy the South African National Defence Forces in Gauteng to deal with the protests. He said:

In the Western Cape, we are dealing with gangsters, not here. All we need to do is to lift the presence of the SAPS.

Police are good for the situation and I think if there is a need we can invite some officers from other provinces. I want to repeat that the SANDF can’t be unleashed on communities here.

Cele said that he does not believe that shops were burnt because they were owned by foreign nationals, but that it was a problem of criminality.