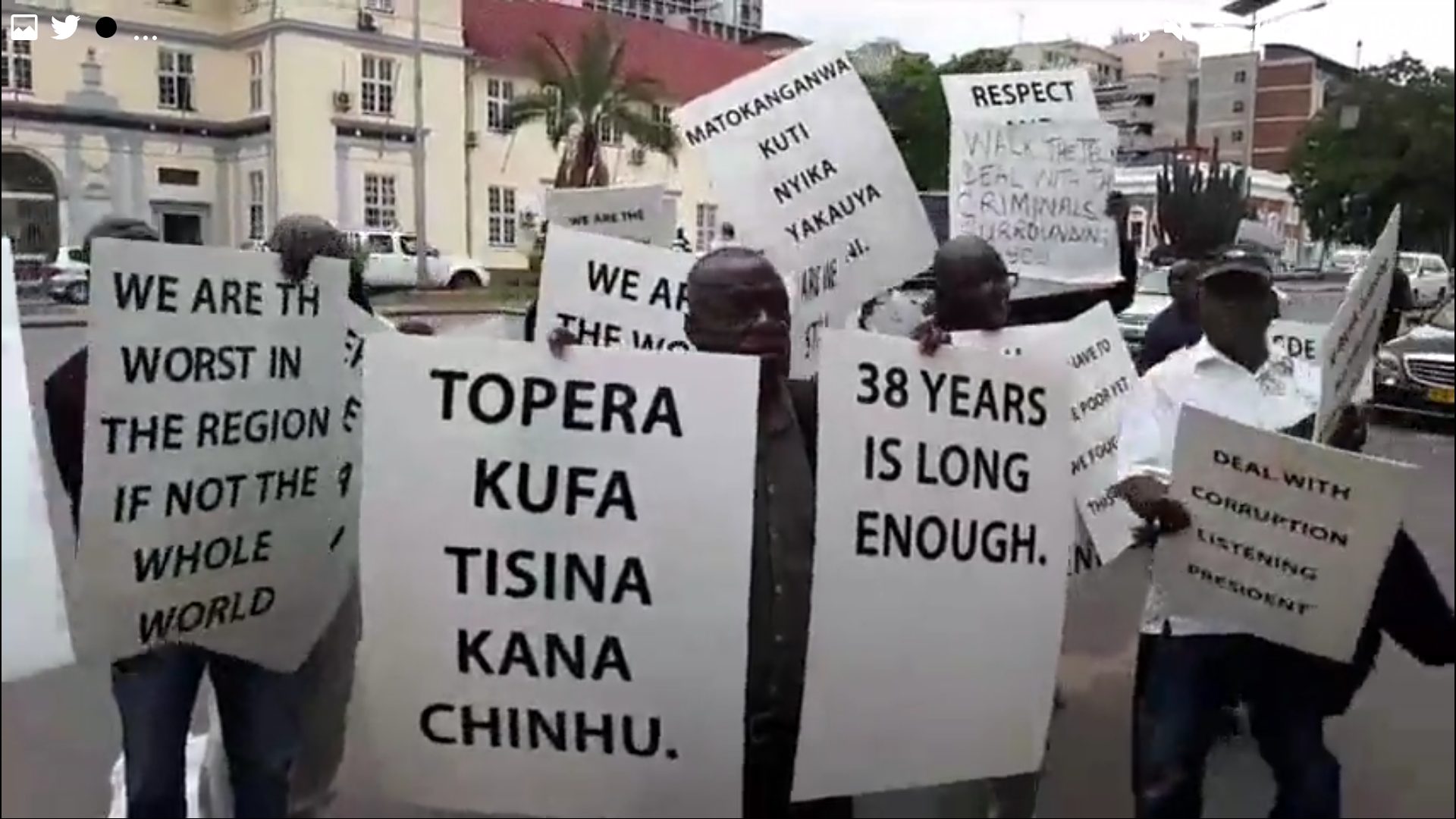 The Zimbabwe National Liberation War Veterans’ Association (ZNLWVA) has blamed senior civil servants of working against the improvement of their welfare.

The also blamed former President Robert Mugabe for removing them from the government soon after independence in 1980.

Speaking to reporters in Harare on Monday, ZNLWA secretary-general, Douglas Mahiya demanded that the government awards war veterans a cushioning allowance as was done with civil servants. He said:

We have gathered here again to look at our welfare. Not much has been done ever and this is caused by people serving in government.

I want to tell you that in 1980 when we returned from the war the former regime, the former President (Mugabe) then removed us from the political structures and other people took over and those are the people that are making decisions today.

NewsDay sources suggest that the war veterans are pushing for the retirement of top civil servants who are thought to be sympathetic to President Mugabe.

One Comment on “War Vets Blame Mugabe, Top Civil Servants For Their Misery”