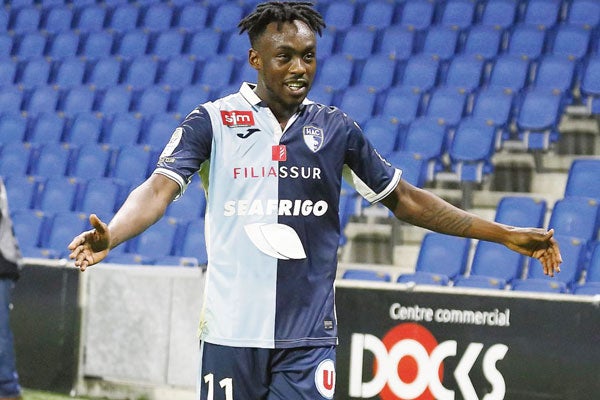 The Warriors take on Somalia in a 2022 World Cup qualifier in Djibouti on Thursday without Khama Billiat and Tinotenda Kadewere.

While Billiat’s absence is due to an injury, Kadewere will not be available because the Zimbabwe Football Association (ZIFA) sent in a request for his services late to his French Ligue 2 side Le Havre.

Kadewere has so far scored 9 goals in six matches in the second tier of French football.

FIFA rules stipulate that requests for international players have to be sent in, at least, two weeks before the assignment.

Warriors caretaker coach, Joey Antipas, who will be taking charge of a Warriors match for the first time, revealed that he could not call several foreign-based players for various reasons. He said:

There are several players, especially those who are playing abroad, which we wanted to be part of the team but could not be here for different reasons.

We have injuries, some are yet to regularise their papers and we allowed some to have time to settle at their clubs.

We have a wide catchment area of players and I think those available have what it takes to do the business for the team and get a good result away from home.

I want to give many players a chance and when others are not available it is a chance for others to prove they can do well for the national team.

Kadewere and Billiat have since been replaced by Sipho Ndlovu of Chicken Inn and Knox Mutizwa of Golden Arrows.