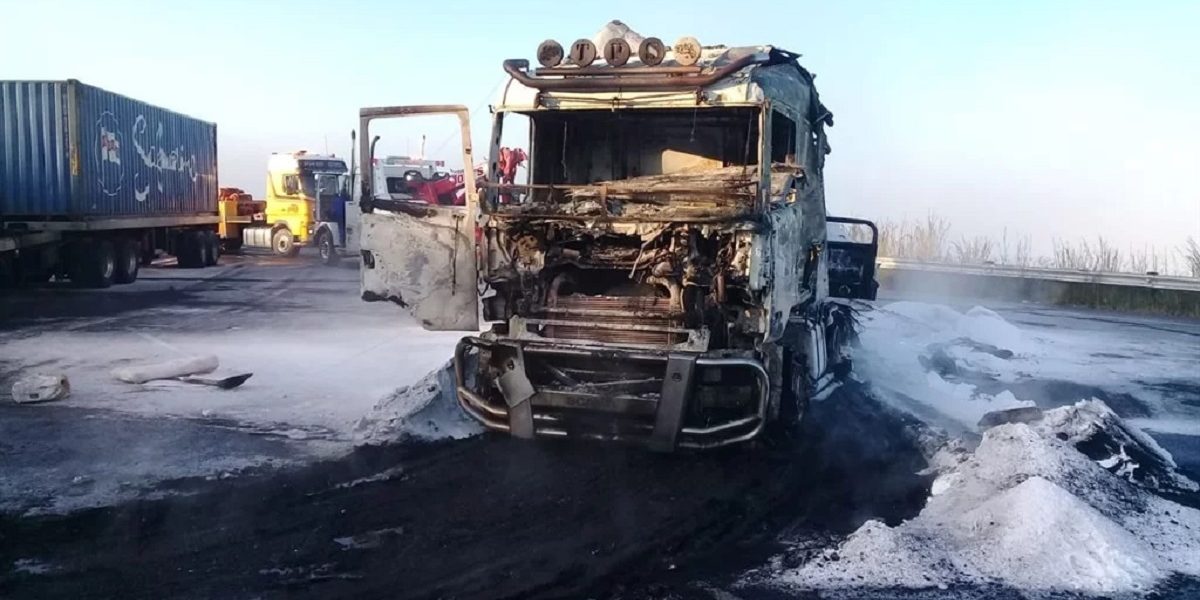 Two trucks were on Monday morning (today) been burnt in in Montclair, south of Durban, South Africa.

This comes after unidentified association allegedly representing South African truck drivers called for a nationwide strike as from Monday (today).

Meanwhile, South Africa Police have said that they have increased the number of officers and patrols along major routes in KwaZulu-Natal. SAPS spokesperson Lieutenant- Colonel Thulani Zwane said:

We have intensified our deployments along the major routes to prevent any disruptions and criminality. This will enable us to respond quicker and arrest the perpetrators should anything occur.

Recently, there was an audio clip that circulated on social media which featured a suspected South African national threatening a truck owner for hiring foreigners.

Since last week, a number of shops have been burnt to ashes, goods looted. Several cars were also burnt and or vandalised in the process.

In response to the events, the Zambian High Commission in Pretoria issued a travel advisory warning its citizens operating the truck business to park their vehicles in safe places so as to avoid property loss and death.