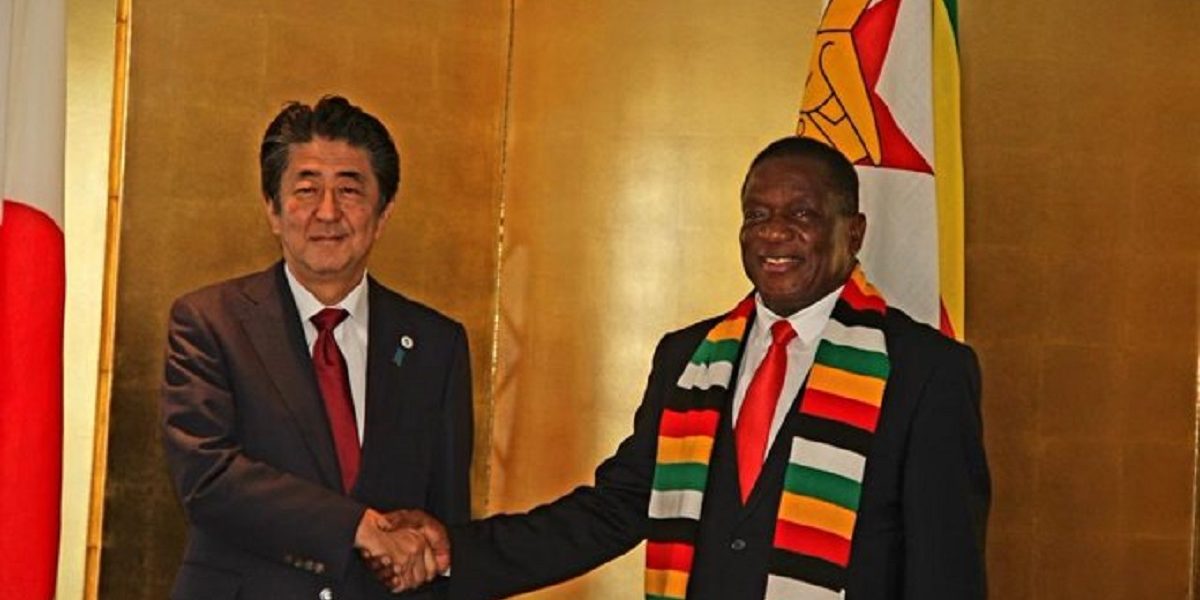 Japanese Ministry of Foreign Affairs has revealed that the meeting between President Emmerson Mnangagwa and Japan Prime Minister, Shinzo Abe lasted only 15 minutes.

This comes after Mnangagwa posted on twitter after the meeting that he had an excellent meeting with Abe discussing a host of bilateral issues including Japan’s ongoing support for Zimbabwe’s development.

The Japanese government’s note read:
At the outset, Prime Minister Abe mentioned the importance of institutional reforms for promoting business, as discussed at the TICAD7, and stated that ‘We hope that reform will be promoted and democratization will be advanced in Zimbabwe under the leadership of President Mnangagwa.

It also reveals that Mnangagwa was grateful for the invitation to the TICAD which is Japan’s first common platform to discuss African development, and expressed that he would like to strengthen the bilateral relations including business.

It also noted that Abe expressed condolences over Cyclone Idai and pledged to assist in the reconstruction and public healthcare. He added that Japan will also send an Agriculture expert to Zimbabwe.

The Ministry’s note also said that Abe requested an improvement of the business environment for the promotion of trade and investments between Japan and Zimbabwe.

The meeting comes when Japan which used to have several companies in Zimbabwe now has only Toyota and Astra.

Analysts believe that China is one of the major impediments to enhanced relations as it offered Zimbabwe better offers without conditionalities.