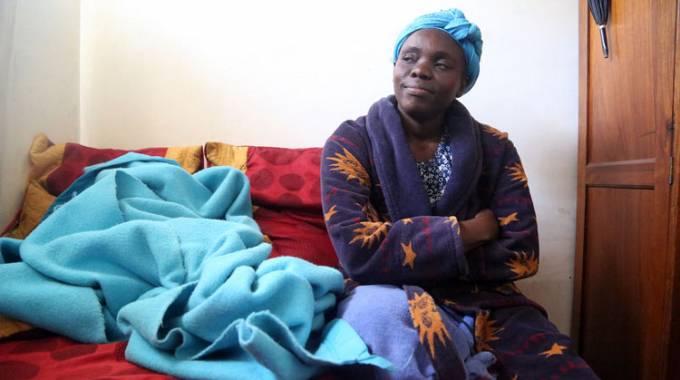 The daughter of the late music icon Oliver Mtukudzi’s famous backup vocalist Mwendikanyi Chibindi, has openly spoke about her life and past to the Sunday Mail. Rudo Chibindi who referred to her past as regrettable told the publication that she was now blind. Rudo said she just woke up blind and was later told that glaucoma had caused the loss of her sight.

During a sit-in with Sunday Mail, Rudo had this to say:

I went to bed on the night of August 31 and when I woke up the following morning, I could not see. When I tried to tell my workmates and friends what had befallen me, most of them dismissed me thinking that I was being a drama queen.

Without any counselling, the optician said I had lost my sight for life. I did not have the money then and I still do not have that kind of money. I am told that my eyesight can be restored if I can raise the money.For several days leading to the loss of my sight, I had complained of severe headaches. Even though I tried to have the headaches attended to, no one could tell that the headaches were a sign that glaucoma was slowly setting in.

My focus now is to get myself back on track with my life. I have taken courses at Dorothy Duncan, and I now know how to use braille. The next step is to find what I can do with the teaching experience that I have.One of the things that I had to come to terms with was accepting my changed circumstances, especially not being able to see. I was also facing financial instability.

Remember, I had separated with Joe in 2014, and I had to give up my children, for their sake. I could not continue living with them in my state as I felt my condition affected them. So, I had to let them go and stay with their father. And now Joe has left the country, they are staying at his family’s home

Rudo made headlines after she got involved with her mother Mwendy’s live-in boyfriend Joe Mafana a relationship that resulted in 2 children being born. Rudo was barred from attending her mother’s funeral in 2003 by her mother’s relatives. She has been living alone at her grandmother’s home ever since her eyesight condition changed.