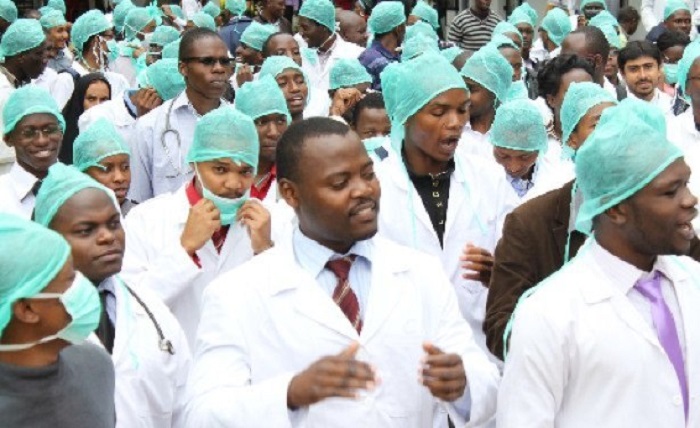 Suspected state agents have reportedly sent threatening messages to leaders of Doctor’s unions over this week’s impending strike. Doctors are threatening to go on strike on Tuesday over eroding salaries and deteriorating standards of living. Some doctors have been threatened with death doctors, however the professionals remain adamant that they will down tools this week if things don’t change.

One Doctor who spoke to The Standard said:

They are threatening to kill us and we have been called several times to accept the offer they are extending to us as a salary increment although it is actually, a meagre stipend

Doctors have given a notice that they will down tools if their salaries are not adjusted to match the current cost of living. Zimbabwe Hospital Doctors’ Association ZHDA leader Peter Mugombeyi formally notified responsible authorities about their intention to put tools down. The notice read:

This letter serves as a notice that starting from September 3 this year, doctors at Mpilo, Bulawayo United, Parirenyatwa Group, Harare and Chitungwiza central hospitals are not going to report for work. We simply do not have the means to continue coming to work because the salary is not sufficient.