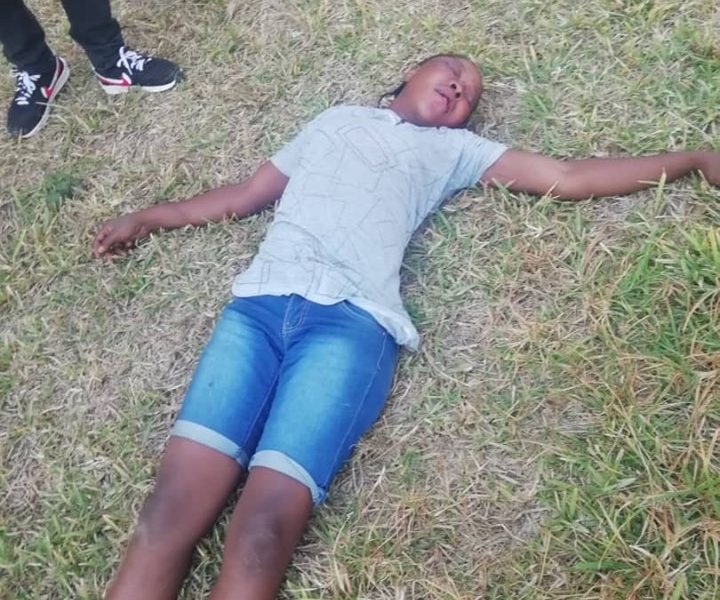 Machete-wielding Zanu PF youths allegedly abducted an MDC youth assembly official from her home and severely assaulted her at the Kwekwe district offices in the early hours of Tuesday.

Speaking to NewsDay about her ordeal at the hands of the thugs, Marashe said:

They received a call ordering them to stop beating me. I don’t know who beat me. They tried to order me to clean up so that the abuse is covered up. They even offered me clothes.

MDC Midlands provincial spokesperson, Takavafira Zhou, revealed that “Muchaina”, as she is known to party members, was assaulted and left for dead. He said:

She was severely tortured and brutally assaulted with intent to cause grievous bodily harm and then dumped her, left for dead.

She sustained serious injuries on her face, head and all over her body.

As Midlands province, we condemn outrightly such barbaric, thuggish, nefarious, callous and unwarrantable law of the jungle.

We call upon President Emmerson Mnangagwa to rein in such thugs in his party, and the police to apprehend the thugs and bring them to book.

It is certainly dangerous for leaders to allow the country to degenerate into lawlessness that currently is becoming fashionable with abductions.

Lawlessness is fast becoming a security threat in Zimbabwe, and unless it is arrested, it may degenerate into war.

However, Deputy Information Minister, Energy Mutodi was unmoved by social media pictures of the battered and bruised Marashe.

Writing on Twitter, Mutodi simply dismissed the whole issue as that of a prostitute who had been beaten by drunkards.