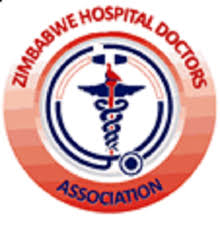 The Zimbabwe Hospital Doctors Association (ZHDA) has notified the Health Services Board (HSB), permanent secretary for the Ministry of Health and Child Care, Dr Agnes Mahomva and the Minister of Health Obadiah Moyo of their imminent incapacitation.

We refer to the above subject matter.

This letter serves as notice that from the 3rd of September this year, doctors at Mpilo, Bulawayo United, Parirenyatwa Group, Harare and Chitungwiza central hospital are not going to report for work. We simply do not have the means to continue coming to work because the salary is not sufficient.

Attempts to engage the employer have proved futile. Letters have been submitted and meetings have been attended through the Bipartite Negotiation Panel to register this concern.

No satisfactory agreement has been reached so far to insulate the doctors from the current high cost of living.

Delays by the Health Service Board in reviewing our salaries have exposed us to incapacitation.

To this end, it is within this reason that on the date stated above we will not report for duty until the salaries are adjusted to an interbank rate that is based on the market forces of the day.