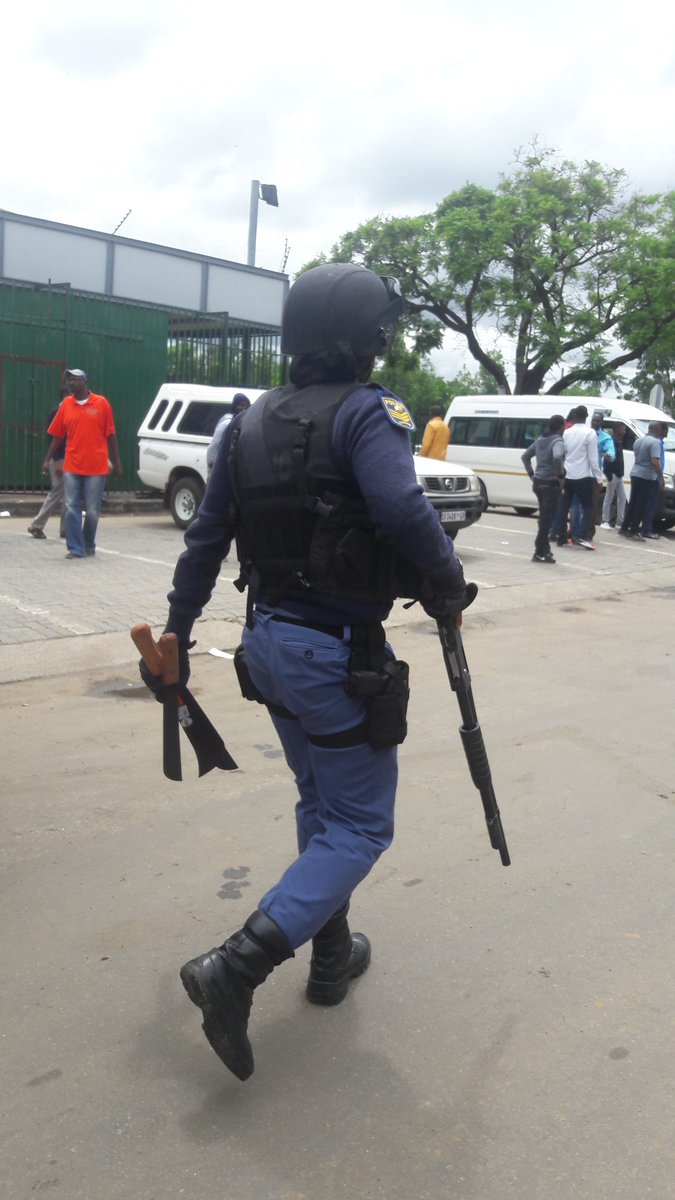 A protest broke in South Africa’s Pretoria after Taxi drivers blocked roads today and people started looting shops in the CBD. The violence was reportedly enticed by a noble cause of drivers trying to clean up the drug dealers who were operating TAXIs.

It is reported that when the taxi drivers got to a certain place they found people who looked like Police officers among the drug dealers. Shots were fired and one TAXI driver was shot dead. Fellow taxi drivers responded by blocking roads and putting stones and other stuff to block traffic. Armed police was deployed and the chaos intensified.