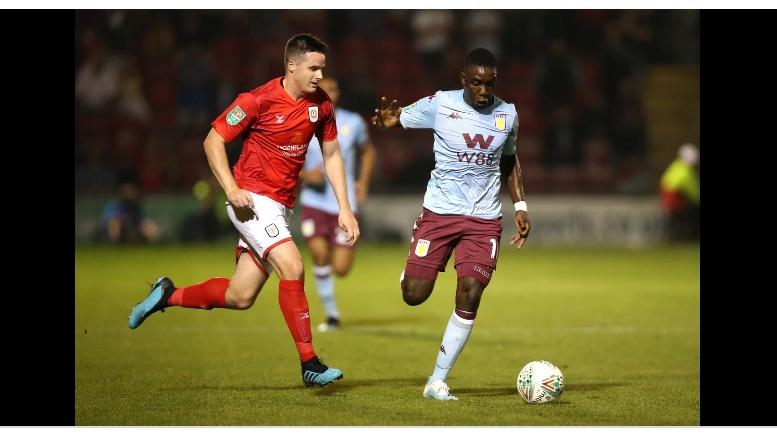 Aston Villa has beaten Crewe by six goals to one in a Carabao Cup match to reach the third round.

The match was the first match which former club Brugge and Zimbabwe’s defensive midfielder, Marvelous Nakamba started since moving to England over almost a month ago.

Aston Villa boss, Dean Smith, made 10 changes from the team that claimed their first Premier League win of the season against Everton on Friday, including handing debuts to Konsa, Matt Targett and Marvelous Nakamba.

Speaking after the game, Smith said:

It wasn’t as safe as the scoreline suggested, Crewe made a game if it.

But I thought we were very, very clinical and our quality showed, particularly with our second goal. After that we were very good and ran away with it.

Only Jota kept his place so there were a lot of players who haven’t played since pre-season, but everyone knew their jobs, roles and responsibilities. Their application was first-class and they deserved that result.

Recently, Smith revealed that Nakamba fits the description of the player they were looking for.

It remains unknown whether the 25-year-old will be a regular starter since his teammate, Douglas Luiz has been in good form.