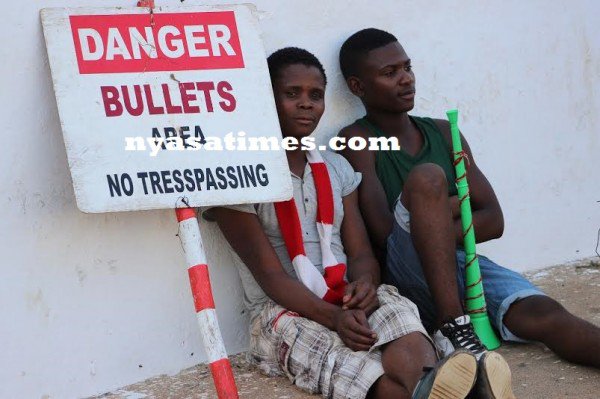 Malawian football fans who had travelled to Zimbabwe to cheer their football team in a CAF Champions League game arrived at the venue 2 hours after the match had ended.

The fans were reportedly asked to pay K40, 000.00 each to go and give moral support to their team.

The bus they had boarded broke down along the way at Nyamapanda Border Post and they were forced to jump into other buses which made them arrive in Bulawayo around 6 pm on the match day.

One Bullets fan who spoke to the Nyasa Times expressed disappointment in missing the match. Said the fan:

I don’t know what management was thinking to give us a bus that is so faulty. The same bus broke down on a journey between Blantyre and Lilongwe.

I wonder why we were given the same bus to travel to Zimbabwe. It’s so painful.

FC Platinum won the match 3-2 on aggregate following a 0-0 draw in the first leg played at the Kamuzu Stadium.