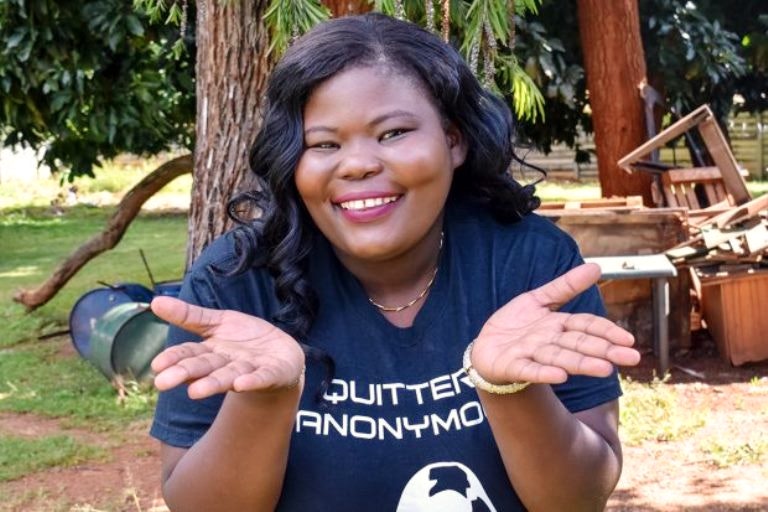 Bustop TV comedian and political satirist, Samantha Kureya, who is popularly known as Gonyeti, has gone into hiding following her abduction and torture from her family home in Harare’s Mufakose high-density suburb by masked gunmen.

Gonyeti and her colleagues produced a skit last week depicting a landlady evicting her tenant, a policeman, for brutalising citizens during a demonstration in Harare. The skit reportedly brought her into trouble.

Speaking from her hospital bed a day after her torment, the 33-year-old actor said:

They started saying: ‘You mock the government and we have been monitoring you’. They told me to lie down and instructed me to start rolling on the ground.

They would instruct me to roll from either side and each time I did, I would get beaten. They started stomping on my back.

… They said: ‘If you report this case, we will put a bullet in your mother’s skull’. We are not safe in this country, it’s scary. If men like that come and abduct a woman like me with guns, it’s scary.

Gonyeti revealed that during her ordeal, she was forced to strip naked and dring raw sewage water.