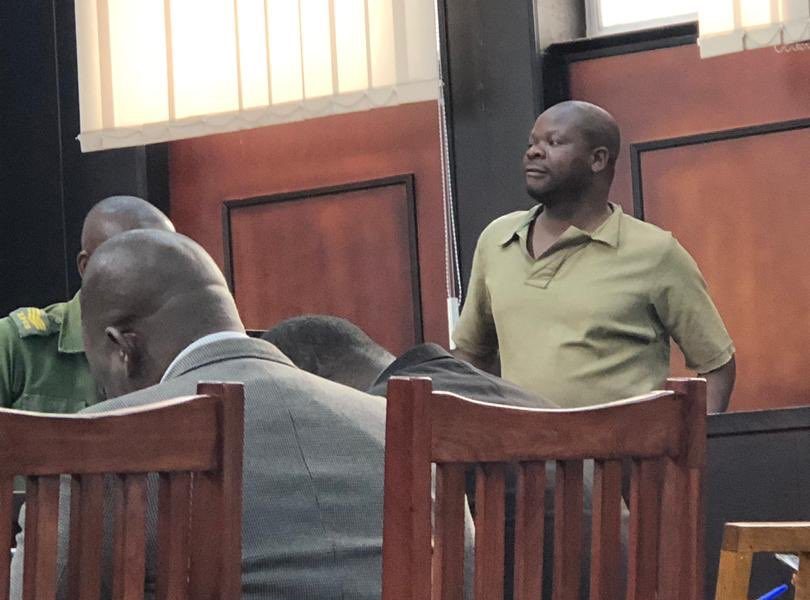 MDC Organising Secretary, Amos Chibaya has been granted bail of RTGS$400 following his arrest last week for failing to stop a demonstration by party supporters in Harare on 16 August.

This was revealed by MDC Treasurer-General David Coltart. He said:

MDC Organising Secretary Amos Chibaya has been granted bail of RTGS$400 on the charge of not being clairvoyant- the regime charged him with failing to stop organising a peaceful march which was only banned at the 11th hour. This is a travesty of justice.

In a statement on August 22 following Chibaya’s arrest, the MDC condemned the move as proof that Zimbabwe is now under a de facto State of Emergency. Party Deputy Spokesperson, Luke Tamborinyoka said then:

The MDC National Organiser Hon. Amos Chibaya has been arrested and has been charged with failing to take steps to stop demonstrations.

Hon. Chibaya was the convener of the MDC’s proposed peaceful demonstrations in four cities that were later foiled by the police after they issued four prohibition orders to stop citizens in the respective cities from exercising their democratic rights as enshrined in the supreme law of the land.

…His arrest is a testimony of the closure of democratic space in Zimbabwe. In fact, the country is under a de facto state of emergency, judging by the abductions, torture and arrests of innocent Zimbabweans in the past few days.