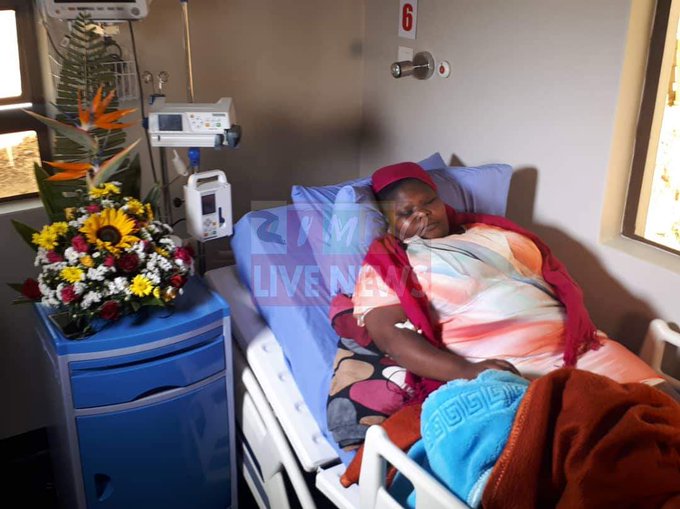 The MDC and the citizens are perturbed by the deafening silence of independent commissions as abductions, persecutions and rampant human rights violations continue to escalate against defenceless civilians.

Since the MDC, on behalf of the people, gave the notice to demonstrate on 16 August 2019, against the hardships experienced by the people of Zimbabwe, the country has been engulfed by increasing abductions, torture, and persecutions of opposition and civil society.

The people’s crime is raising voices of concern against induced life-threatening hardships.

Sequel to the MDC notice to demonstrate, the ZHRC, and the NPRC issued statements acknowledging and ascertaining the democratic rights of the people to ‘peacefully demonstrate against the hardships’.

Both institutions strongly urged the demonstrators, as well as the state representatives who were making violence fermenting statements against the peaceful demonstrations to desist from violating the process.

True to its values, the MDC, and the people, have remained peaceful even in the wake of the state’s systematic violence of denying people of their right to demonstrate.

To this day, the nation continues to witness daily increases in the number of wanton abductions, torture and persecutions.

Yet the independent commissions for Human Rights and Peace have gone mum-and-dumb!

We are surprised and worried by the conspicuous silence by the country’s independent institutions for peace against these continued gross human rights violations.

The constitutional mandates of these commissions are spelt under chapter 12 of the supreme law of the land, including the protection and defending of citizens against violation of their rights and protecting the sovereignty and interests of the people while promoting constitutionalism.

Statements by the ZHRC Chairperson that they could not comment on the on-going abductions because they are still carrying out investigations are a cause for concern.

Watching and witnessing the abductions, and then issuing condemning statements are not helpful.
We are not saying that the interventions by independent peace commissions are the total sum for the panacea to stop the obviously and habitual sponsored human rights violations, but the efforts for timely constitutional mandated interventions are critical for both current deterrence, and posterity reference.

All the independent Commissions ZHRC, NPRC, Zimbabwe Gender Commission and the Zimbabwe Media Commission should pile concerted efforts to compel the state to stop these abductions; torture, persecutions and many other violations.

Commissions need to justify their existence, by living up to their constitutional mandates, without fear or favour. We cannot keep the oxen and then span ourselves to plough.