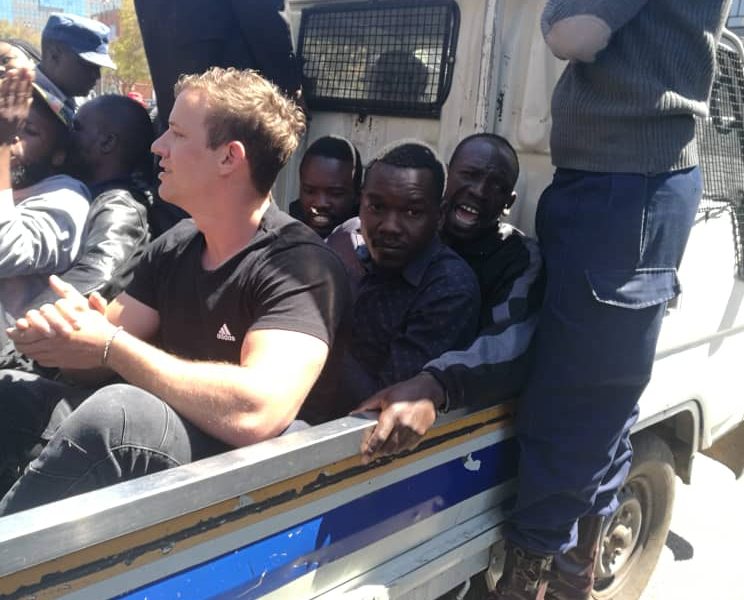 Anti-riot police officers on Friday arrested a NewZimbabwe.com reporter, Leopold Munhende who was covering a protest by the rural teachers union, the Amalgamated Rural Teachers Union of Zimbabwe (ARTUZ) in central Harare.

The journalist was thrown into a pickup truck along with a group of protesting teachers and human rights lawyer Douglas Coltart.

Reports indicate that the protestors were charged with criminal nuisance.

The teachers were protesting against the erosion of their salaries whose value has fallen over the years from about US$500 to a mere US$50 due to runaway inflation.

The protest was code-named “Black Friday” and the teachers were wearing black as a sign of “mourning” the death of their salaries.

NewZimbabwe.com editor Nkosana Dlamini was dismayed by the police officers’ predilection to harass journalists who will be performing their duties. He said:

Its shocking that police in trying to deal with protests have turned on journalists who will be going about their work. Our job is to tell the story of Zimbabwe as it happens.

To bring news to the people but this has become increasingly difficult to do given the conduct of police in general and their behaviour towards journalists.