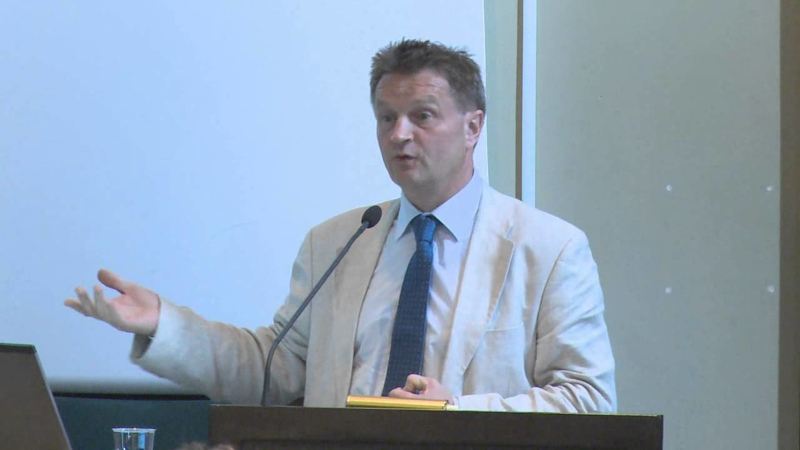 President Emmerson Mnangagwa was on Wednesday involved in a public argument with the European Union Ambassador to Zimbabwe, Timo Olkkonen.

President Mnangagwa was unhappy that Olkkonen spoke about the abuse of human rights in Zimbabwe at the official launch of the anti-corruption awareness campaign. He said:

Your Excellency, you referred to human rights, however, this platform was for corruption.

I urge civil society to restrict themselves to their mandates.

The rule of law observance is not needed for pleasing other countries, we need it because it is proper for ourselves.

Olkkonen argued that there was widespread corruption in Zimbabwe and civil society and citizens have a role to play in combating the scourge. He said:

Civil society and citizens have a key role to play in fighting corruption through monitoring government actions, whistleblowing, demonstrating, petitioning, among other actions.

They should be afforded the democratic space to fully participate lawfully and peacefully without unnecessary restrictions, without being killed, unlawfully arrested and detained.

I have earlier mentioned that corruption is widely spoken about, it is also widely practised, or perceived to be rampant to the extent that some Zimbabweans who interact with public institutions, like the courts, passport office, immigration and police admit that it is difficult not to be corrupt when interacting with them.

Apparently, corruption is a key factor in accessing public services, this is sad.