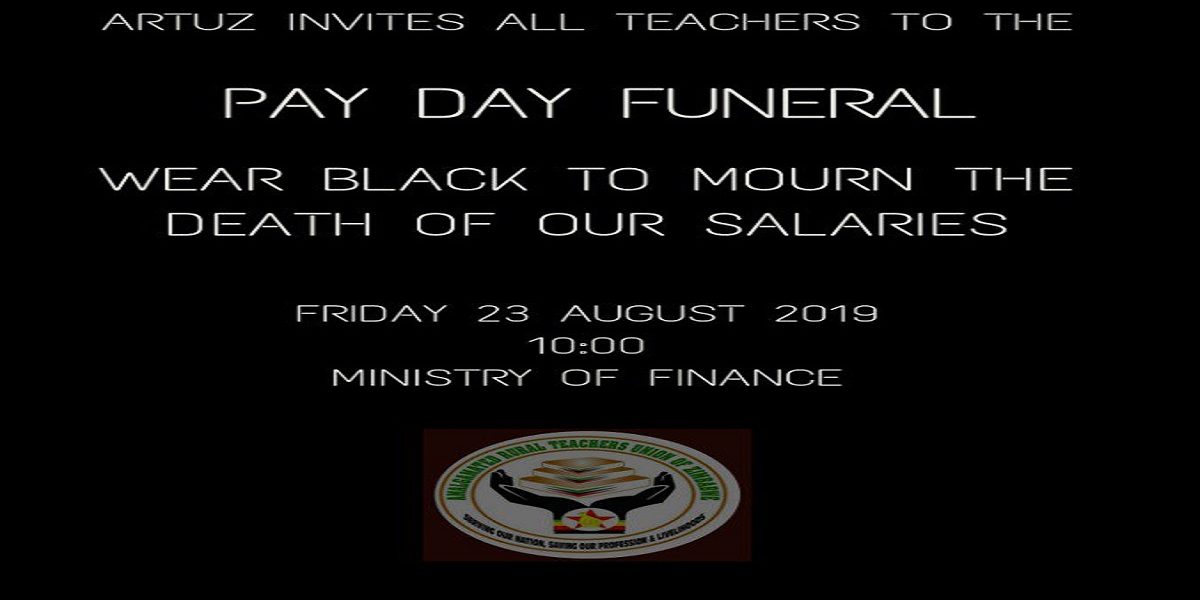 Police have reportedly arrested the leadership of the Amalgamated Rural Teachers Union of Zimbabwe.

Open Parly reports that Obert Masaraure, ARTUZ President and Douglas Coltart have been taken from the Finance Ministry Offices where the protests were slated to begin at 1000 on Friday (today).

At the @ARTUZ_teachers teachers’ protest, the riot police have descended heavily, manhandled protesters. @OMasaraure, @DougColtart and others have been arrested. The protesters were completely peaceful. Trade unions are exempt from POSA. This is unconstitutional & ruthless.