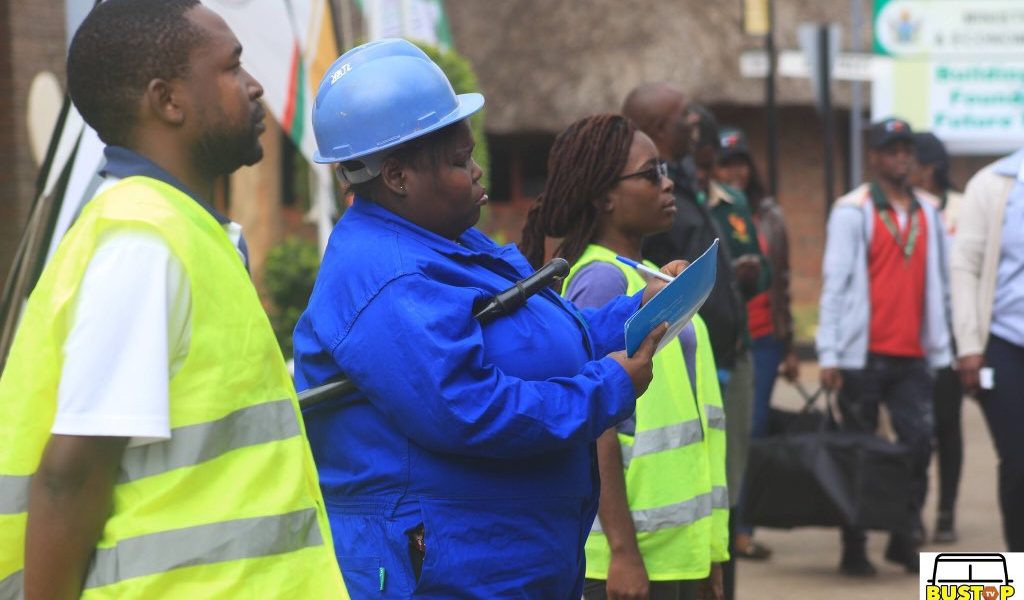 Bustop TV comedian Samantha Kureya (Gonyeti) was reportedly abducted from her Mufakose home on Wednesday night by masked gunmen who assaulted, tortured and dumped her in Crowborough, Harare.

Her colleague, Sharon Chideu (Magi) reportedly escaped abduction by a whisker in the early hours of Thursday morning after she had been warned to move to safety. Gunmen reportedly stormed her home after she had already escaped.

Below are some of the reactions from Zimbabweans on Twitter when news of Gonyeti’s abduction filtered through:

Gonyeti is a comedian, an artist at @bustoptv. She was abducted by gunmen, beaten up, tortured & dumped. What has this country come to?! @KirstyCoventry, you are the Arts cabinet minister, we will not get ahead of you, let us wait & see what you will do! This is absolutely tragic

I wonder how the men & women who constitute Emmerson Mnangagwa’s Presidential Advisory Council feel when they see what their boss’ security services are doing to defenceless citizens. Brutal violence which has come to define their boss’ short reign. At what point will they speak? Hopewell Chin’ono.

This is a very disturbing report. There is no excuse for this barbarism. Please pray for our beloved Samantha Kureya AKA Gonyeti the comedian. It seems the skit she did recently on police brutality has had her abducted & tortured #NoToAbductions. #ThisFlag E Mawarire

That threat by one Nomatter Magaya a few days ago and the subsequent abduction & torture of @bustoptv’s Gonyeti a few hours ago had me thinking about that Harry Maguire suggestion. Social media is now a real mess because of some of these faceless characters. Tich Ray

@ZLHRLawyers condemns abduction & torture of Gonyeti by unidentified masked men. This is suspected to be linked to her artistic work & greatly threatens her ability to do her work without fear. Right to freedom of expression & security from violence must be respected. ZLHR

After a series of skits that poked fun at the police, including one staged at Agric Show, comedian Gonyeti has reportedly been abducted by armed men. Freedoms being eroded daily by govt. Even the freedom to laugh.

Important to remember the @bustoptv team were harassed by some officials recently at the Heroes Acre on Heroes Day. Zim Media Review

Her crime you ask? Making a skit about the demos! Talking about politics will get you killed in Zimbabwe. This is what is killing the economy. @bustoptv creates jobs. These actors are breadwinners. They make us laugh. They have families who care for them. ZANU PF is evil. Chipo Dendere

Zim…no place for political satire in this day and age..?

Just hours before the abduction, a threat of abduction & torture had been made against Samantha Kureya (Gonyeti) by one Nomatter Magaya who accused Gonyeti of “using comedy to meddle in politics. Dewa Mavhinga

Samantha has been located and she is with her brother and police from Marimba police station. Unfortunately, she was severely beaten and the extent of injuries is yet to be ascertained. This unwarranted and illegal abduction is just shameful. Doug Coltart

Disturbing reports of yet another abduction in #Zimbabwe, this time of popular comedian Samantha Kureya (#Gonyeti) of @bustoptv known for her satirical social commentary of government policy. The continued impunity of these abductions seriously undermines the rule of law & democracy. ABA Justice Defenders

We strongly condemn the attacks by some senior @zanu_pf supporters who threatened @bustoptv crew covering the Heroes day. While the demand to be balanced is a cardinal point to all members, threatening the content creators was out of order, we thank @nickmangwana for handling it. ZOCC

Future generations will remember Gonyeti, Maggie & the guy of @bustoptv as heroes who fearlessly used satire & comedy to lay bare the evil of the current regime in Harare & the stupidity of poor souls, like the police, who maim & kill to keep them looting! State Physician