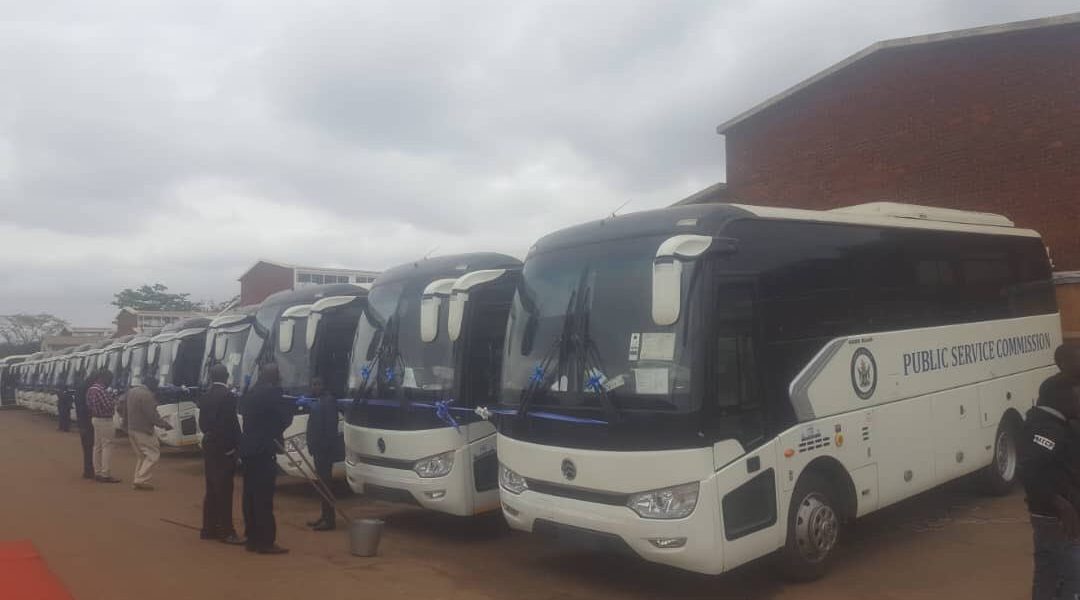 President Emmerson Mnangagwa on Wednesday officiated at the handover of 25 new buses for civil servants.

The event followed the launch of the Public Service Commission Strategic Plan at the Harare Institute of Technology.

President Mnangagwa said that the buses were part of a government scheme to give non-monetary benefits to civil servants. He said:

We have just witnessed the launch of the PSC buses that add to the existing 58 buses. This is part of our scheme to give non-monetary benefits to the public servants.

Besides these buses, we are also giving other non-monetary benefits like residential stands. I urge the commuters and the drivers to take care of these buses.

We have another programme where we are bringing in buses of a similar nature for the general public and a few weeks ago I launched a batch of 47 buses and in a few weeks, I would be launching some more.