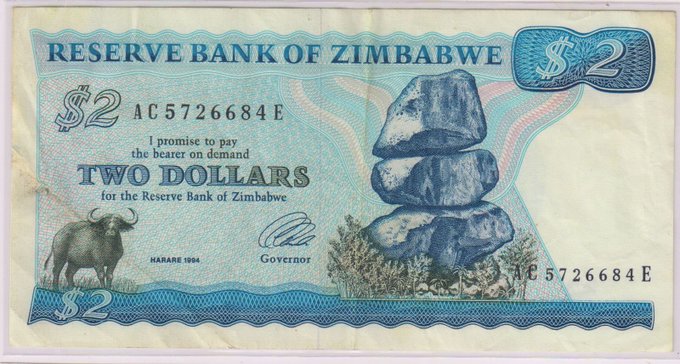 In an interview with Bloomberg sometime last week, Finance and Economic Development Minister, Mthuli Ncube said that Zimbabwe will soon have a new currency. Ncube is quoted as saying:

We already have our local currency, but this will be the first Zimbabwe dollar notes, which will trade at parity to the bond notes.

An economist and chief executive officer of the Zimbabwe National Chamber of Commerce (ZNCC), Christopher Mugaga is supportive of the move. He said:

Yes, we are ready for the new currency – we are supportive of government initiatives on monetary issues.

Our members are already trading in Zim dollar (bond notes and electronic currency).

However, another economist, Masimba Manyanya expressed scepticism during a phone interview with South Africa’s Fin24. He said:

The Zimbabwean economy needs its currency like elsewhere in the world. However, the issue with Zimbabwe is that the economy is not yet ready for a currency of its own, mainly because we do not have sufficient production locally.

I suggest that Mthuli find ways to create and boost industry and production before moving to introduce a local currency.

If you do not have the right frameworks in place, you may end up having a situation where you just have a valueless currency.

One Comment on “Mixed Reactions On Imminent Introduction Of ‘Real’ ZimDollar”