Zimbabwean police officers keep an eye on opposition party supporters who were preparing to march through the streets of Harare during protests aimed at President Robert Mugabe in Harare, Thursday, March 14, 2016. Morgan Tsvangirai one of the main opposition supporters addressed the supporters and called on the government to take action in addressing the issues ordinary Zimbabweans are facing. (AP Photo/Tsvangirayi Mukwazhi)

Zimbabwe Republic Police have served the opposition MDC with a prohibition order banning the demonstration scheduled for Wednesday the 21st of August. 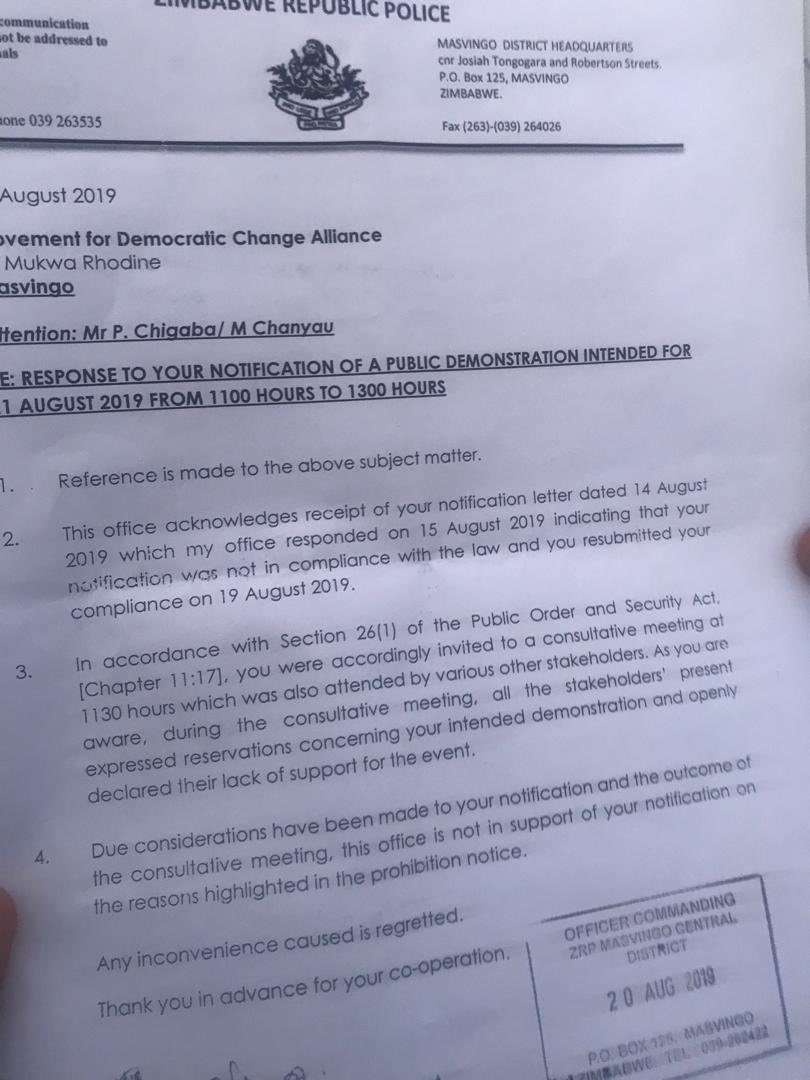