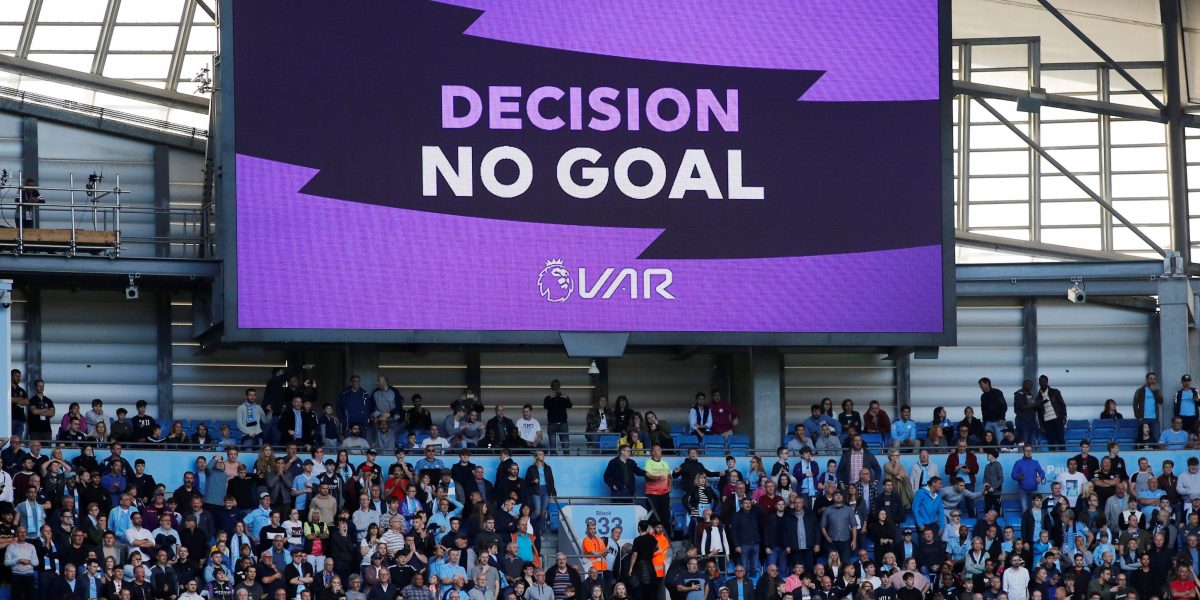 Pep Guardiola called for VAR to be “fixed” after Manchester City were denied a last-gasp winner in their dramatic 2-2 draw against Tottenham on Saturday.

Jesus pounced on a loose ball in the penalty box after Spurs failed to clear a corner deep into stoppage time on Saturday evening.

Premier League rules for the 2019/20 season state, “Any goal scored or created with the use of the hand or arm will be disallowed this season even if it is accidental.”

The match ended 2-2 after City scored through a Raheem Sterling header and a Sergio Aguero strike in the first half.

Manchester City’s goals were sandwiched by an Eric Lamela strike from distance. Lucas Moura rose from the bench in the second half to nod in Tottenham’s equalising goal from a Lamela corner.

Speaking to reporters after the match, Guardiola argued that VAR had unfairly disallowed City’s goal, not for the first time. He said:

I thought we left that situation in Tottenham in the Champions League last season. But it is the same. The referee and VAR disallow it. It’s the second time it’s happened. It’s honestly tough but it’s the way it is.

It happened last week with Wolves (against Leicester) and we saw for Chelsea on Wednesday – the keeper wasn’t on his line – Adrian in the penalty shoot-out. They have to fix it.

Tottenham manager Mauricio Pochettino was satisfied with VAR’s intervention and insisted that there is a need to accept technology in football. He said:

I didn’t agree when we started to talk about VAR, but sometimes you get the benefit like today and in the Champions League (last season).

Of course, it is difficult to accept because we love the football from 30 years ago where it was more the decision of the referee – sometimes unfair things happen but at the end of the season we find a good balance.

But we need to accept a different era and technology is in football now. We need to accept that today it is a benefit for us and when it is against us we have to deal with it with patience.