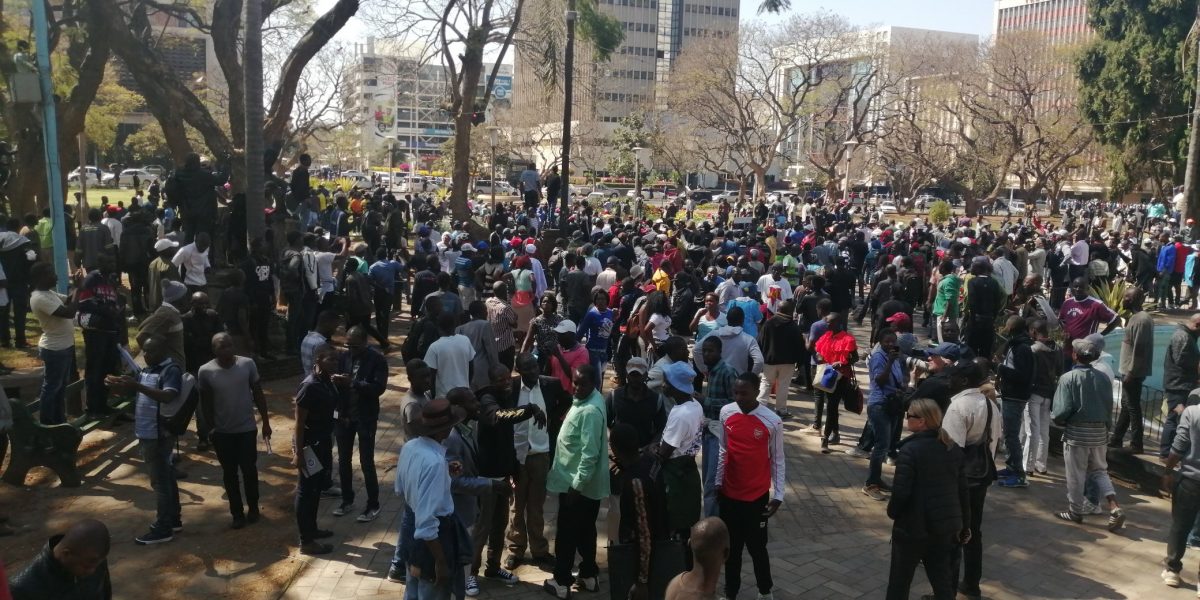 News Day guest columnist, Miriam Tose Majome, has questioned the effectiveness of both peaceful demonstrations and violent ones.

For Majome, the dilemma is that peaceful demonstrations may not achieve the intended objectives which may include forcing the government to address certain issues. Meanwhile, violent protests are unconstitutional hence illegal. She noted:

However, questions will always be asked about how effective peaceful protests really are. Does walking, waving placards, make a real difference?

On the other hand, questions are equally asked about what citizen-violence achieves; such as stoning cars, burning tyres and engaging in running battles with the police and rival political party members.

The writer also notes that its the government that makes laws that regulate the conduct of protesters who will be protesting against the government. She made reference to the Maintenance of Peace and Order bill which was recently adopted by the Senate which she said is similar to the Public Order and Security Act in some circumstances.