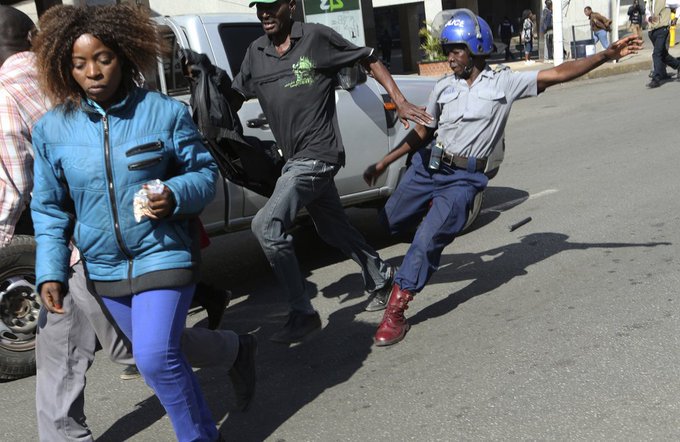 Amnesty International has castigated the Zimbabwean government’s response to demonstrators in Harare on Friday.

As a result of police brutality, Harare’s CBD resembled a ghost town by late afternoon as members of the public were forced off the streets.

The scenes in Harare today demonstrate just how far the authorities will go to repress dissent. Baton-wielding police unleashed a brutal assault on protesters, who had gathered to protest the socio-economic conditions which are causing suffering to so many in Zimbabwe.

The Zimbabwean authorities should know that the world is watching. The authorities must end the escalating crackdown on dissent and respect, protect, and fulfil the rights to freedom of expression and peaceful assembly.

There must be full accountability for these attacks, which left scores of people injured and shows the government’s contempt for human rights.

We are calling on the authorities to launch a prompt, impartial and effective investigation into today’s attacks.

They must also allow opposition protests to go ahead, and stop using violence as a tool of harassment and intimidation and to silence critical voices.

The repression of peaceful dissent will not solve the economic problems which brought protestors to the streets in the first place.