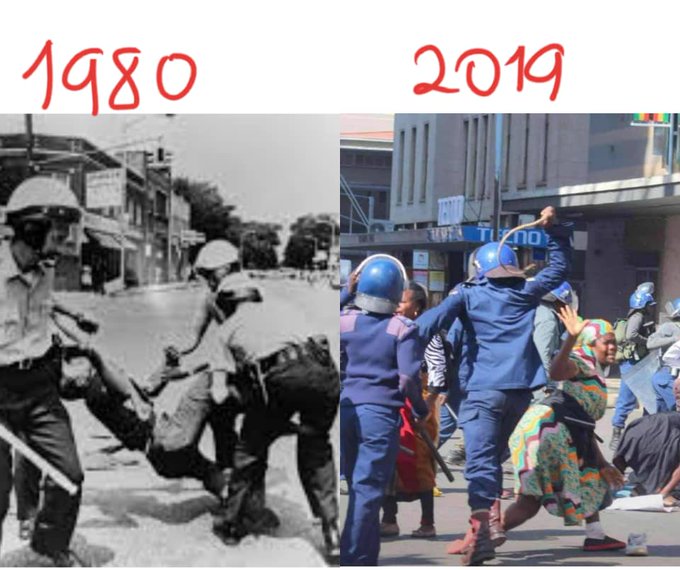 Prominent Pan African political commentator, Ali Naka, has castigated the Zimbabwean government for the brutal crackdown on protestors in central Harare on Friday.

Writing on microblogging site Twitter, the proud son of a villager, as he calls himself, said:

Emmerson Dambudzo Mnangagwa is a Failure.

Definition of failure is someone who was in Cabinet for almost 40 years! Rise to Presidency and do worse!

If this is the prize that Zimbabweans have to pay for participation in the Liberation struggle, should citizens take up arms again for their rights and dignity to be respected?

According to the Zimbabwe Human Rights NGO Forum, a total of 12 people has been treated by medical doctors following assaults and torture at the hands of the police. This number is expected to increase as more reports are received.