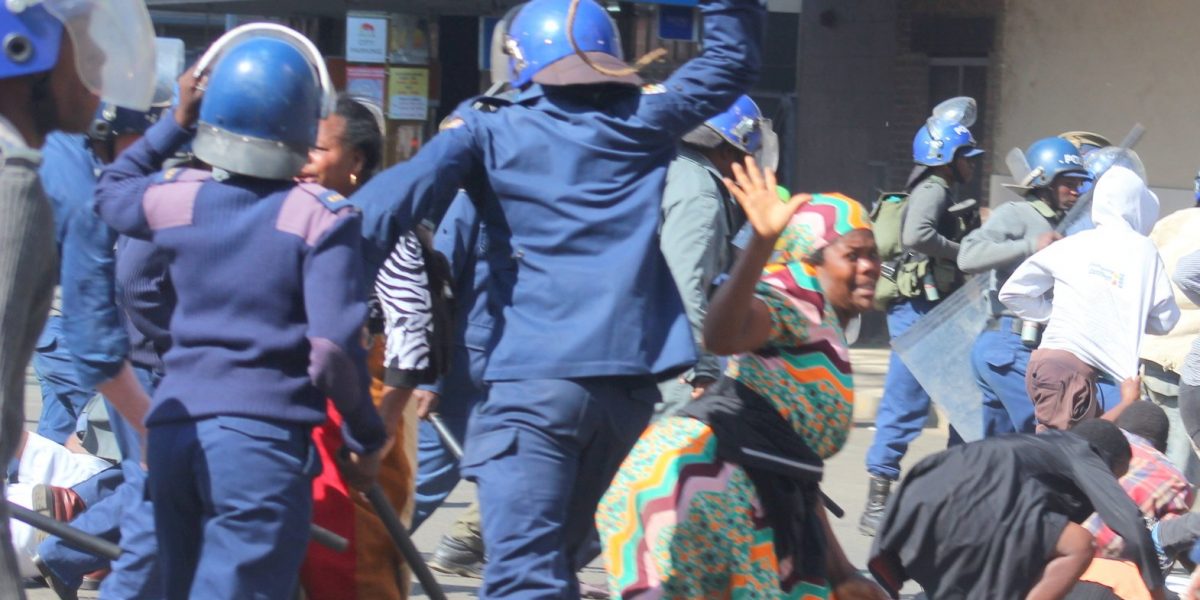 The Zimbabwe Republic Police has warned all would-be protestors that they will be arrested as such gatherings are illegal.

Speaking to ZBC News after the High Court upheld a police ban on protests planned by the MDC, National police spokesperson Assistant Commissioner Paul Nyathi said that the prohibition still stands and no demonstrations are allowed throughout the country. He said:

Our law enforcement agents are on the ground to ensure peace and harmony prevails in the country…..We have come across and received reports of some mobs in Harare CBD, Budiriro, Chitungwiza and Tshabalala in Bulawayo…..and we would like to warn all Zimbabweans that such gatherings are illegal and police will arrest those defying the law………I would like to emphasise that no one should cry foul for being arrested if they decide to proceed to wilfully break the law…

We have all the evidence showing that this particular demonstration was not meant to be peaceful, hence the prohibition. We as the police are mandated to protect the rights of the majority of Zimbabweans and their peace and security comes first.

There should not be a situation where some individuals speak of having their rights respected while they are mobilising people to engage in activities that infringe on others’ rights.

Meanwhile, a woman was knocked unconscious after police went on the rampage, beating up protestors and passerby’s in Harare on Friday morning. The woman was ferried to hospital and her condition could not be immediately ascertained.