The government has claimed that members of former President Robert Mugabe’s administration were behind the abductions which were reported early this week. Members of the MDC and some human rights defenders were abducted and tortured at ungodly hours. Some sustained broken legs and fractured hands. Analysts were quick to argue that it was the State that wanted to dissuade the opposition MDC from holding its demonstrations scheduled to start on the 16th of August. But the government has claimed that the modus operandi of abductors could only point to members of the Mugabe regime who wanted to soil the image of President Mnangagwa’s administration. We present below the full text.

We have noted with concern and distress reports of alleged abductions and torture of citizens by unknown assailants in Harare. Whilst the Zimbabwe Republic Police are still investigating these allegations and establishing their veracity, Government would like to inform the public of the following:
Torture, arbitrary punishment and degrading treatment of citizens by anyone is contrary to the provisions of the Constitution and ethos of the Second Republic.1,7:

As Government, we undertake to uphold the rights of citizens to be treated with dignity and respect.

Since the emergence of the New Dispensation, there has always been a force comprised of discharged and disgruntled former members of the old establishment. of whom some are trained. These have shown a determination to impair President Emmerson Mnangagwa’s image as a sincere reformer through various acts of malice and criminality in order to cause both local and international outrage. This is a Third Force that we have reasonable grounds to believe to be in existence. Its hand in the incidences of alleged violation of human rights, where established, cannot be discounted. The Police will leave no stone unturned in efforts to detect and act upon any violation of human rights.

So far, the following persons and details have been reported:
Mr Morgen Gumbo (46) of Mufakose made a report to the Police that he was abducted and assaulted on 13/8/2019. Earlier in the day, there had been a reported violent altercation between Mr Gumbo and a Mr Shamboc Chivese, also of Mufakose, over an allegation of abuse of Constituency Development Funds(CDF) by Hon Susan Matsunga. This is reported to have degenerated into a fistfight and open threats were made. Police are investigating whether the alleged abduction and the said violent incident are related.

On the 14th of August 2019, the Police also received a report on the alleged abduction and assault of one Blessing Kanotunga of Mufakose on 13/8/2019. Investigations are underway. Tatenda Mombeyarara also made a report to the Police on 14/8/2019, saying that he had been abducted from Chitungwiza and assaulted on the night of 13/8/2019, before being dumped in Hatfield.

These allegations and any other will be professionally investigated to their final conclusion and the outcomes shared with the public. 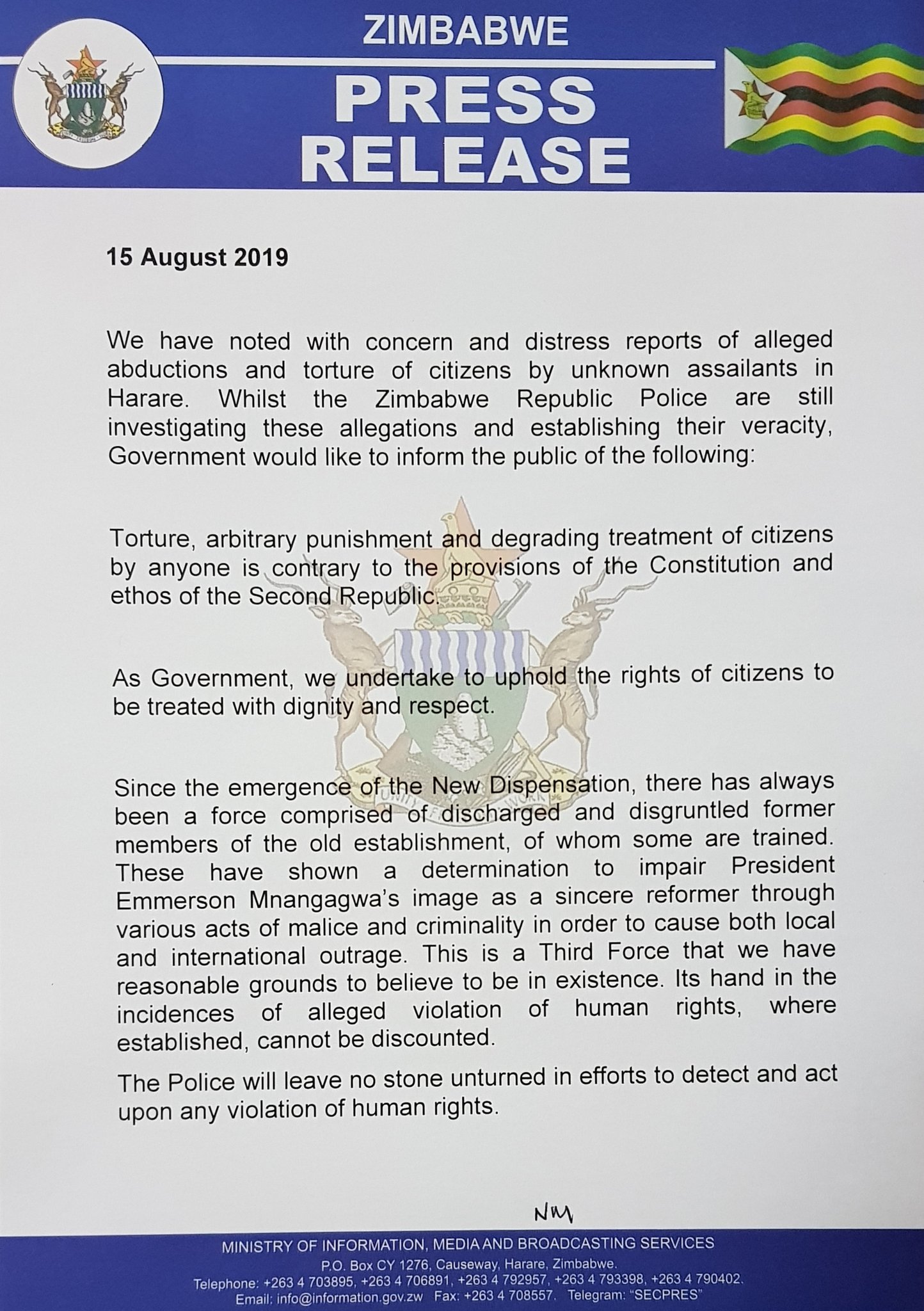 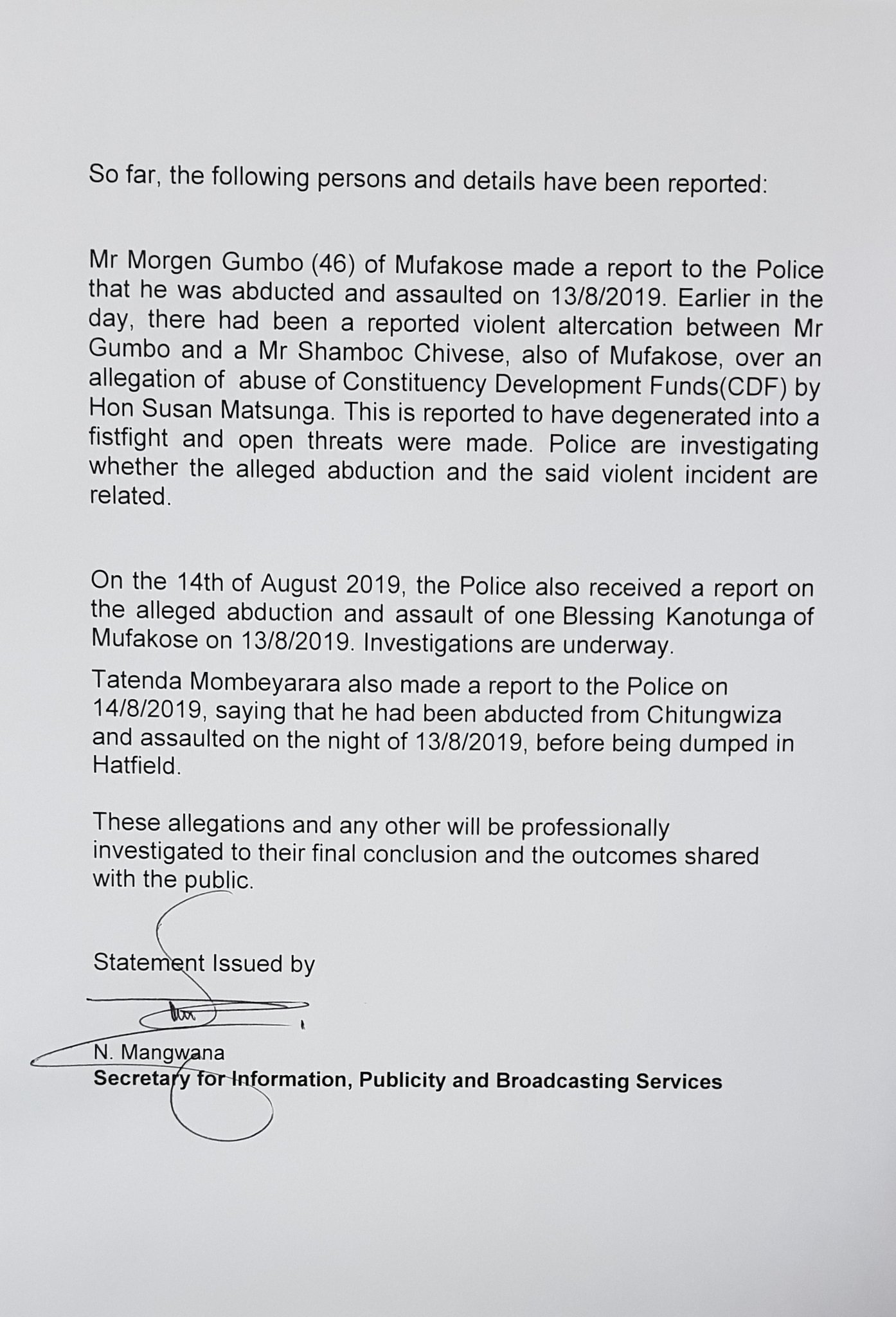