The Zimbabwe Electoral Commission (ZEC) has dismissed the MDC Alliance’s request to recount the Lupane by-election results, arguing that the request was made after the 48-hour period prescribed in the Electoral Act had lapsed.

Part of the letter written by ZEC’s Chief Elections Officer, Utoile Silaigwana to the MDC reads:

REQUEST FOR A RECOUNT FOR ALL LUPANE EAST CONSTITUENCY BY-ELECTION RESULTS: 3 AUGUST 2019.

The Commission has received a request from the MDC-A candidate as well as secretary-general of the party for a recount of all Lupane East results (see letters attached).

Section 67A of the Electoral Act [Chapter 2:13] provides that:

1. “within forty-eight hours after a constituency elections officer has been declared to be duly elected… Any political party or candidate that contested the election in the constituency concerned may request the Commission to conduct a recount of votes in one or more of the polling stations in the ward or constituency.

2. A request in terms of subsection (1) shall-
a) Be in writing, signed by an appropriate representative of the political party or candidate making the request; and
b) State specifically the number of votes believed to have been miscounted, and if possible, how the miscount may have occurred; and
C) State how the results of the election have been affected by the alleged miscount”.

The Constituency Elections Officer declared the results of the by-election at 09:27hours on the 4th of August 2019. The Commission received the request for the recount AT 1100hrs on the 6th of August 2019, a period of 49 hours 33 minutes after the declaration by the Constituency Elections Officer. On that score, it is my opinion that the request has been received out of the time of the prescribed 48-hour period. 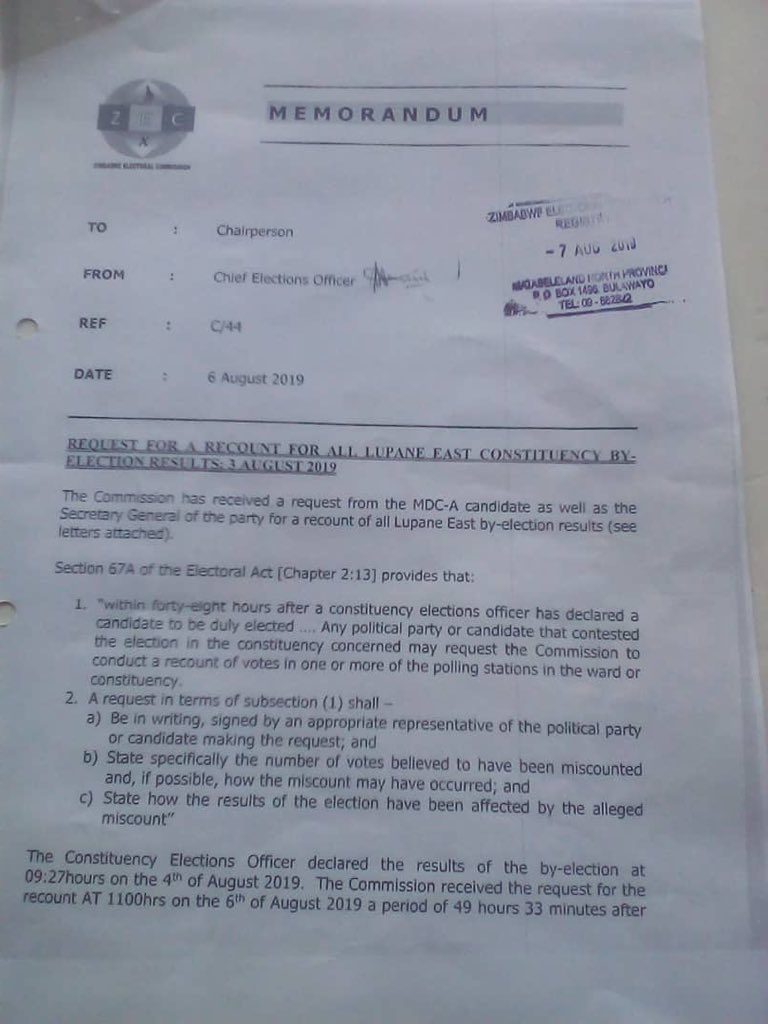 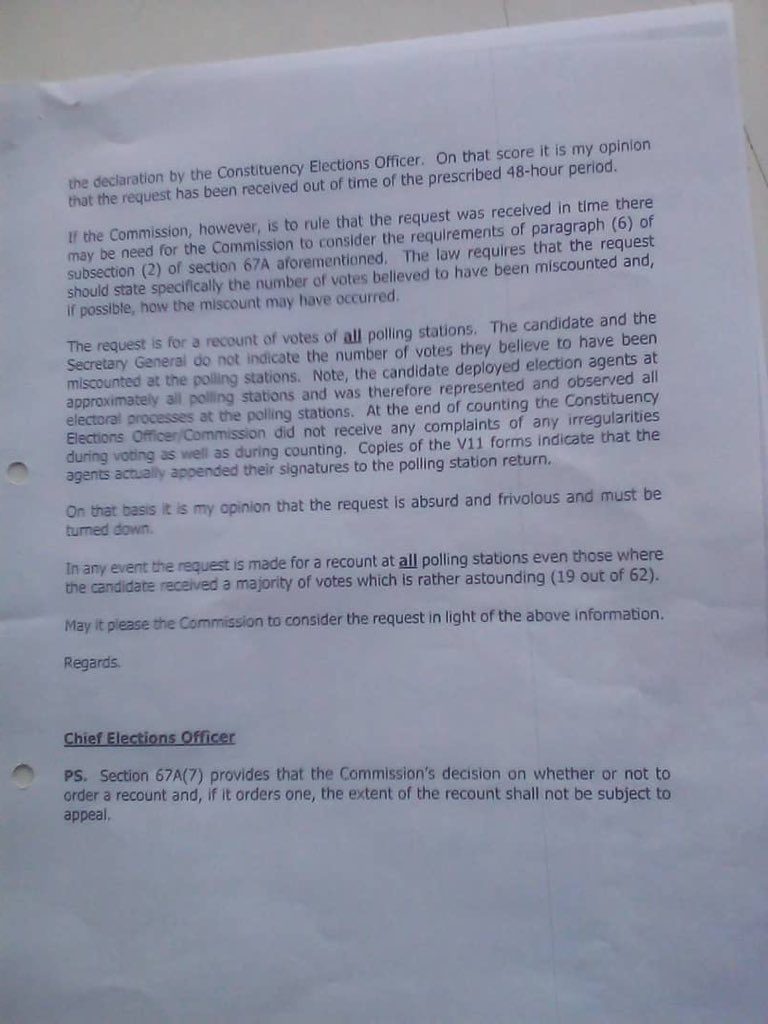