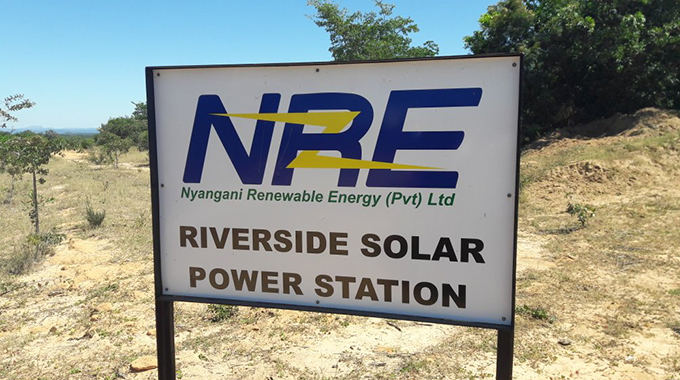 Independent power producer, Nyangani Renewable Energy, says that it intends to complete the Riverside Solar Power Station by the end of the year but foreign currency shortages are an obstacle.

The mini solar project is situated in Mutoko and currently generates 2,5 megawatts, which are fed into the national grid.

Speaking to reporters after a media tour of the plant organised by the Zimbabwe Energy Regulatory Authority (ZERA) on Monday, station manager Engineer Fungai Bvirakare said:

We are carrying out the project in four phases with each phase expected to generate 2,5MW.

So far, we are generating 2,5MW and the 7,5MW that are remaining have largely been derailed by the foreign currency shortages the country is facing.

If the foreign currency situation is to improve, we are targeting to complete the project feeding 10MW into the national grid by the end of the year.

Bvirakare said that the Mutoko community is benefitting from the solar power plant through reduced load shedding of about six hours a day.

Meanwhile, depressed power generation at Kariba Hydro Power Station could become worse after it was revealed that only 3 metres of live water is left in the dam.