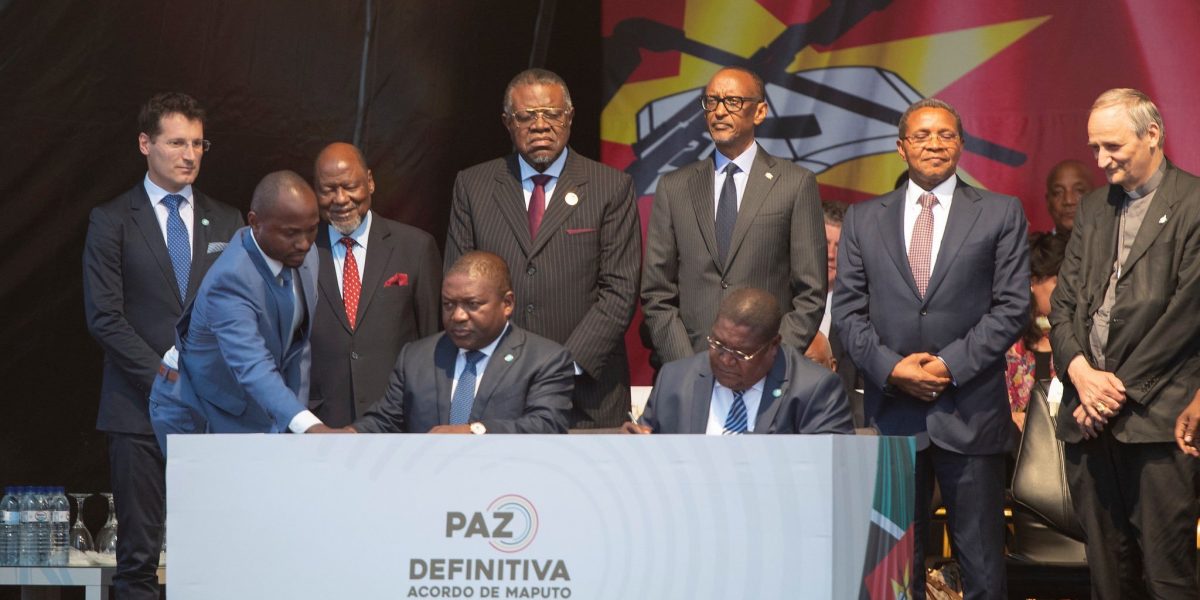 Mozambique’s President Filipe Nyusi signed the peace accord with  Renamo leader, Mr Ossufo Momade in the presence of several African Heads of State.

For the people of Mozambique, today brings the promise of an end to decades of conflict, uncertainty, renewal of national unity and cohesion.

This achievement matters to all of us in Africa. It shows that we can find solutions to our problems, no matter how protracted and difficult. 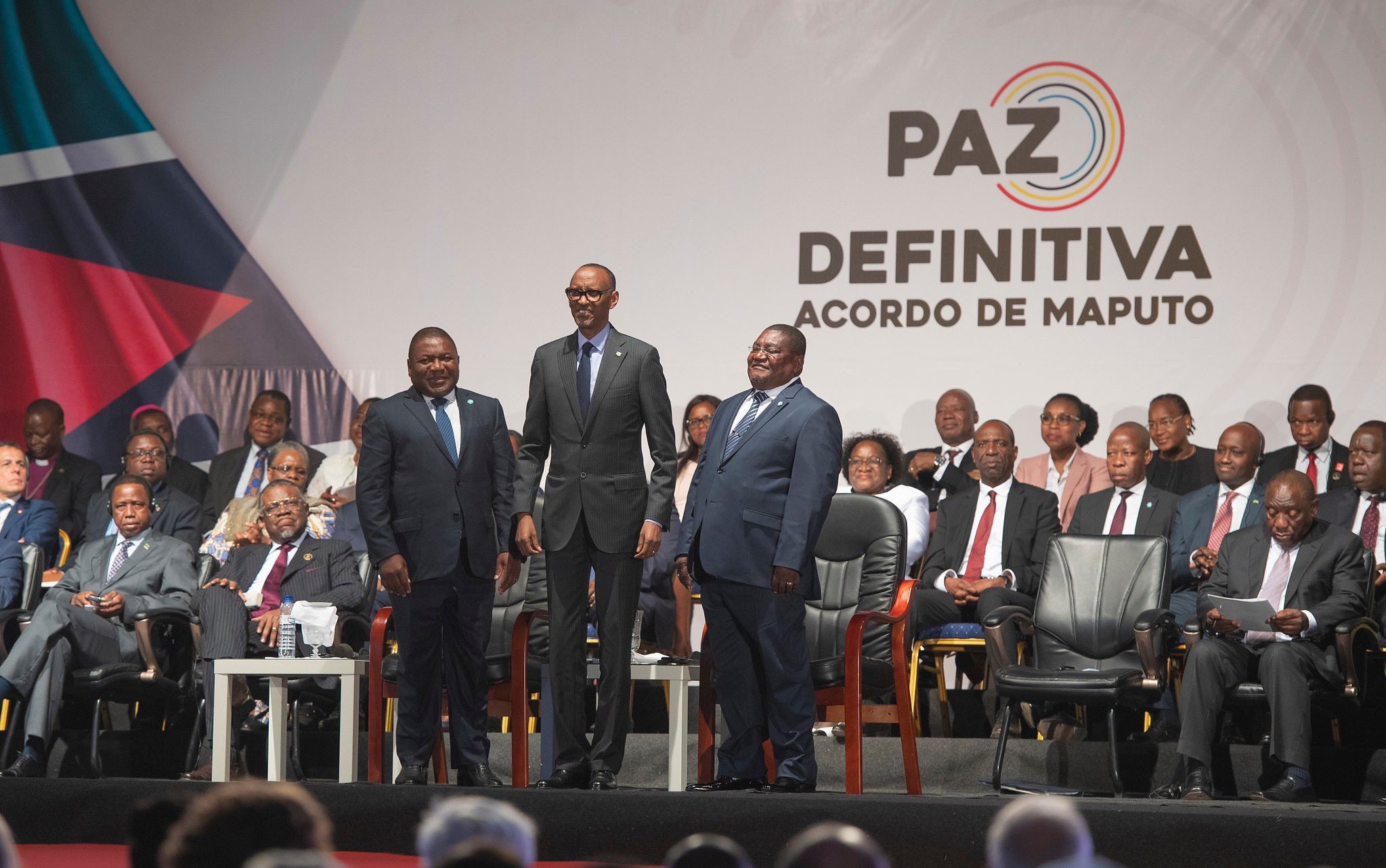