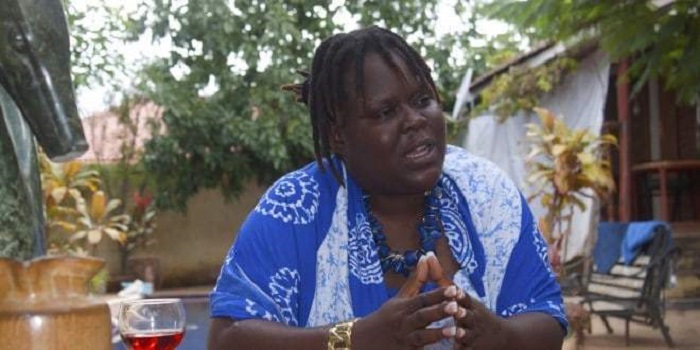 Long before you became Zimbabwe’s finance minister, the ZANU-PF elite, fuel cartels and some well-connected businessmen having been milking state coffers dry. Fast forward into 2018 you came in, months later you introduce “austerity for prosperity.

You always reiterate that “we” have to suffer to fix Zimbabwe. Who is this “we” you always allude to, because no one from those who have been involved in massive corruption, beneficiaries of illicit financial flows and money launders feel the effect of this so-called “austerity”.

It is the same ordinary Zimbabwean who has been robbed of his socioeconomic rights who continue to suffer and feels the hard slap of this austerity of yours.

The Midterm budget review you did had nothing to do with the people of Zimbabwe as it was just a presentation to please those whom you want to continue to borrow from.

You asked for time to fix the economy and I must say your bookish economic theories are not working for the majority of Zimbabweans. All you have done is to plunge Zimbabweans into deeper poverty and financial doldrums.

One problem that you, so learned men have, is you think you know everything yet in that arrogance of your perceived knowledge you keep messing things up.

Engage Zimbabweans, they know what needs it be done. We have the solutions that will work to fix our economy.

These austerity measures have bought immense suffering and pushed a lot of people into dishonest, unethical and corrupt financial activities to sustain their livelihoods. Our people are now masters of bribery and believe that bribery is the only way to survive.

Zimbabwe should be open for business for Zimbabweans. There is no way you can fix the economy without a conducive environment for wealth creation for every Zimbabwean.

Wealth should come as a reward or as a harvest of the value we have created and not through exploitative means.

We do not grow wealthier by earning deceitfully, we grow poorer. The man who steals to feed today has sold his future.

ZACC should investigate the Reserve Bank’s unethical and illicit trading on the black market in Zimbabwe. We can’t continue to turn a blind eye to the architects of the economic doldrums in Zimbabwe. As a patriotic Zimbabwean, I want to see economic and social justice.

Polar bears are hunted by putting blood on the edges of sharp knives firmly planted in the ground. When these bears come to lick up the blood, the sharp edge of the knives cut them open, and they continue to lick the blood unaware that the blood is their own.

Eventually, they bleed to death. This is what happens to those who earn by dishonest means. They feed on their blood with the thought that they are feeding on another’s blood. So long you don’t make things work for ordinary Zimbabweans y’all going to bleed to death.

To train the African child to be wealthy, teach him to work for what he wants. Teach him to offer his services in honesty and not fall for the attraction of money that he has not honestly earned.

Mthuli Ncube
and your RBZ crew stop corrupting our youth by making them money launderers on the black market. Selling one burning money is not a job.

The poor, honest man will be rich in no time, and the dishonest, rich man will soon be poor. Africa is poor because we seek to earn without creating value. Let’s concentrate on creating value.