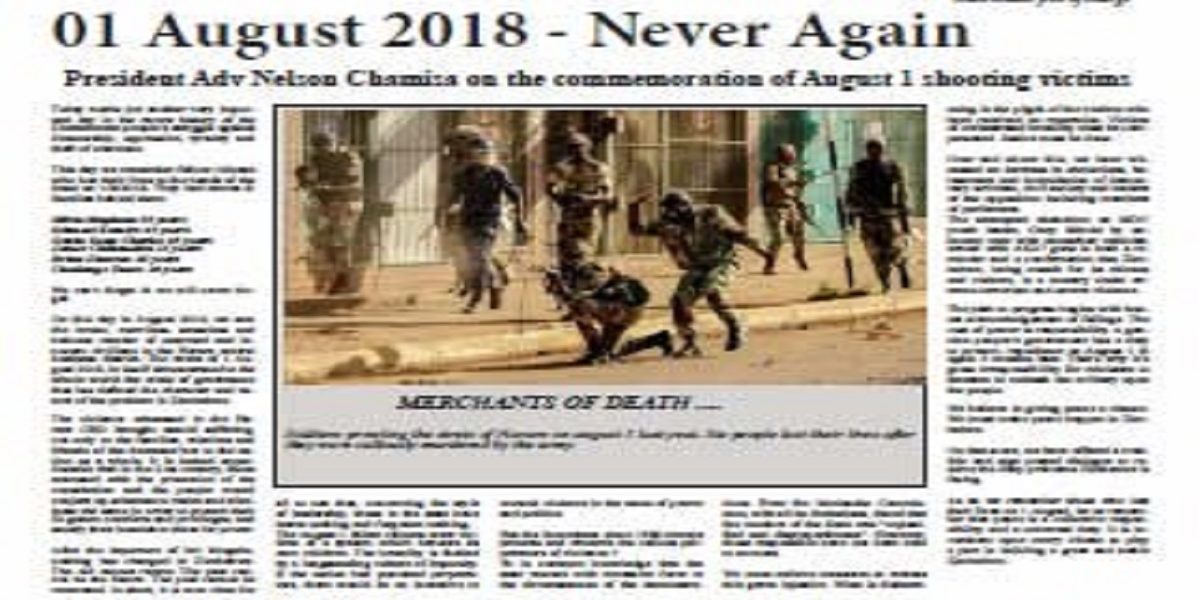 The opposition MDC has launched its Real Change Times, which is released weekly. Below is this week’s release which captures the August 1 shootings anniversary, the murder of an MDC activist in Mutasa, foiled abduction of two MDC leaders namely party secretary for elections (Jacob Mafume) and youth leader (Obey Sithole), among other stories.