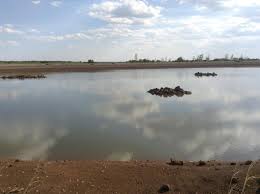 Bulawayo City Council plans to use treated sewerage water for industrial use as this will increase the city’s portable water.

This was revealed by the city’s engineer Simela Dube on Friday during a tour of projects funded by the African Development Bank (AFDB).

… As a city, we have said the initial phase of reuse is that we treat the water through our Khami treatment works for industrial use.

The Zimbabwe Power Company has already pledged to work with the city on upgrading the water treatment works and the pipeline from Khami to the power station.