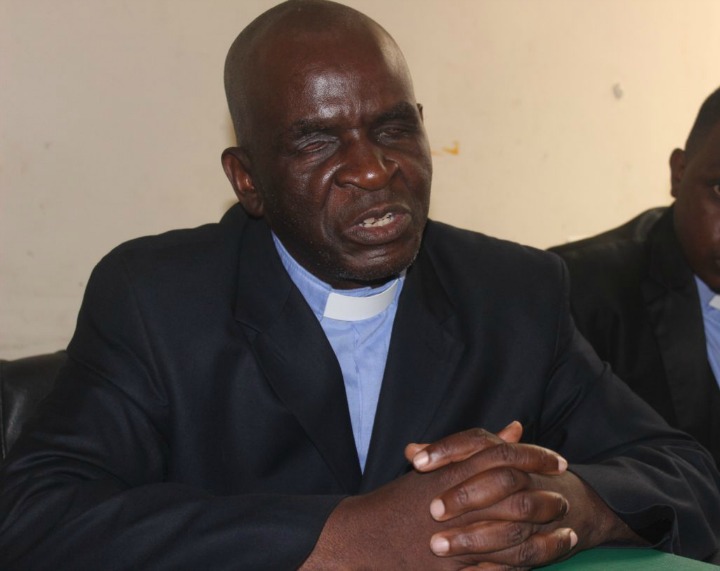 Bishop Ancelimo Magaya has warned President Emmerson Mnangagwa and his deputies, Constantino Chiwenga and Kembo Mohadi, that they are not safe if they do not address the country’s past political problems.

The clergyman expressed his sentiments at a memorial church service for six victims of August 1, 2018, shootings in Harare held last week. He said:

Unless there is clear denunciation, clear disassociation, clearly laid out declared regrets over the past, he (Mnangagwa) is not safe. Sooner rather than later, a rebellion will ensue.

Chiwenga is not safe, I wish him a speedy recovery, Mohadi is not safe.

The outspoken cleric claimed to have warned former President Robert Mugabe in 2016 before his overthrow by the military in November 2017. Added Magaya:

On 28 June 2016, I addressed the press at Media Centre and I warned the nation that the people who were committing violence were not safe.

I said Jonathan Moyo (then a cabinet minister and Zanu PF strategist), the promulgator of the notorious legislation, in as much as he is in parliament or even if he is a minister, he was not safe.

I said sooner rather than later he will be a victim.

Zimbabwe has experienced some unfortunate incidents in the recent past.

In November 2017, Mugabe was placed under house arrest by the military and forced to resign. Jonathan Moyo and Saviour Kasukuwere fled the country after gunmen laid siege to their homes during the coup night.

On August 1, 2018, 7 people were killed in central Harare by security forces, and again more than a dozen were shot dead in January 2019 during protests.