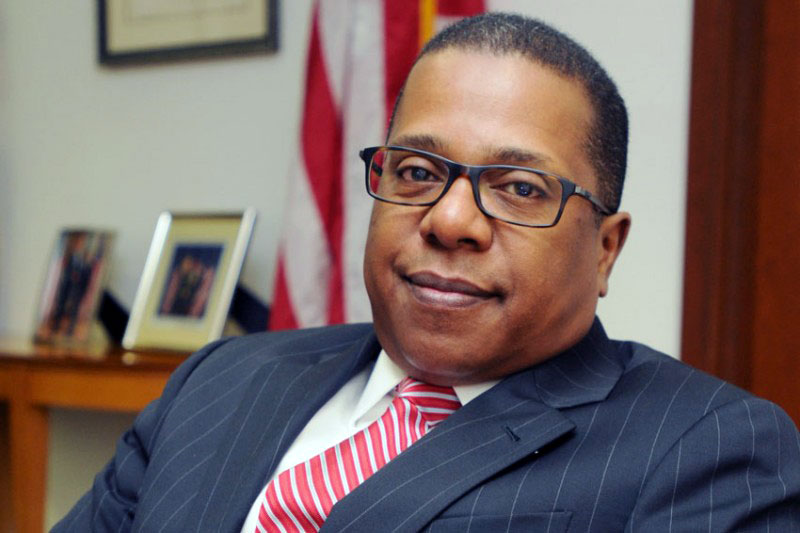 The government of Zimbabwe has summoned US Ambassador to Zimbabwe, Brian Nichols over the sanctions his country recently imposed on Anselem Sanyatwe and his wife, Ms Chido Machona.

Secretary for Foreign Affairs and International Trade Ambassador, James Manzou, met Ambassador Nichols at his Munhumutapa offices where he expressed Government’s displeasure over the imposition of sanctions on Sanyatwe and his wife.

The meeting was confirmed by the spokesperson of the Ministry of Foreign Affairs and International Trade spokesperson, Mr Shepherd Gwenzi in a statement on Friday night. Mr Gwenzi said:

The purpose of the summons was to express the displeasure of the Government of the Republic of Zimbabwe over the public designation of His Excellency Lieutenant-General (Rtd) Anselem Sanyatwe, current ambassador designate to the United Republic of Tanzania and former Commander of the Zimbabwe National Army’s Presidential Guard Brigade by the US Secretary of State, Mr Michal Pompeo under Section 7031 (c ) of the FY 2019 Department of State, Foreign Operations and Related Programs Appropriation Act (Div FPL 116-61) allegedly for gross violations of human rights related to the August 1 2018 post election incident.