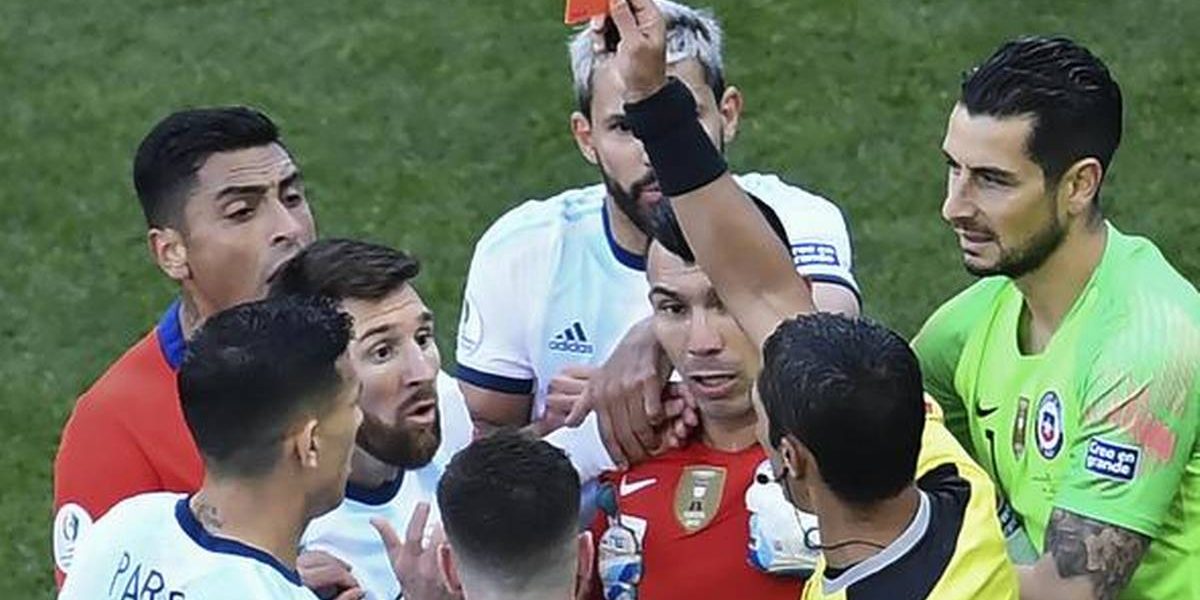 Barcelona forward, Lionel Messi has been slapped with a two months ban from international football after he accused Copa America of being corrupt.

The Argentine was given marching orders in Argentina’s 2-1 third-place play-off win over Chile and later said the “cup was fixed for Brazil”.

Earlier, soccer pundits had predicted that Argentina captain could be banned for at least two years.

The 32-year-old nimb footed footballer still has seven days to appeal the ruling.

The suspension means that Messi will miss Argentina’s upcoming friendlies against Chile, Mexico and Germany in September and October.

One Comment on “Barcelona & Argentina Star Lionel Messi Banned For 2 Months, Fined US$500 000”