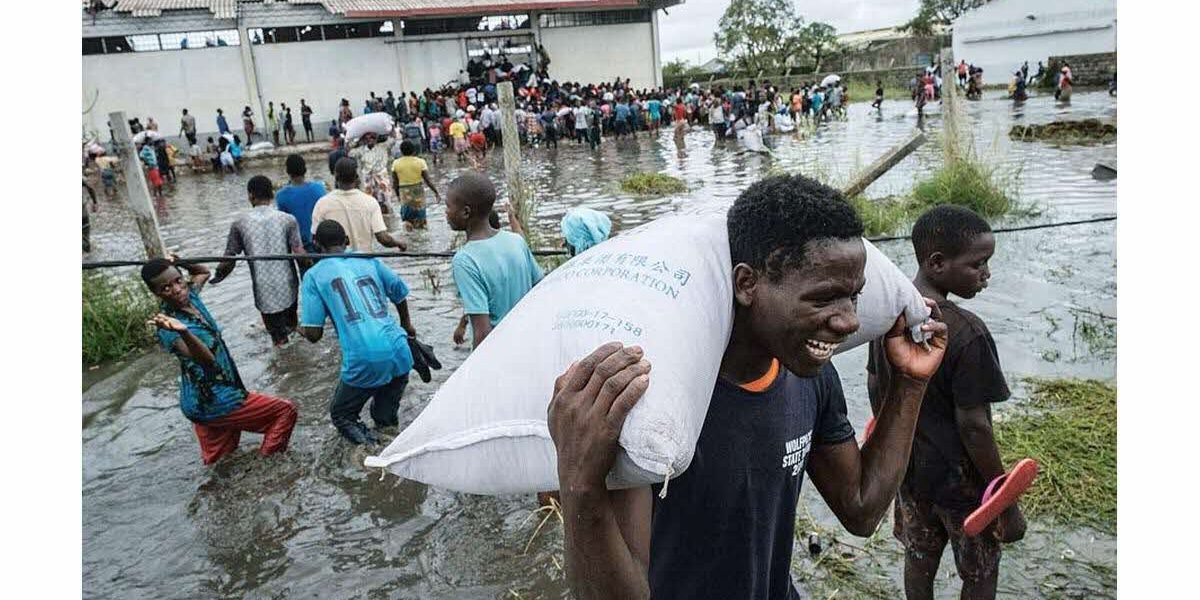 Schools in areas affected by Tropical Cyclone Idai have reported that communities nearby are stealing aid that is meant for schools.

The sad development was revealed by the Grain Millers Association of Zimbabwe that had gone to unveil its pupils’ feeding scheme.

Speaking to GMAZ, Christopher Muresherwa, a school head at Marirwa Primary, one of the most affected schools said:

We have a challenge with our communities because they are demanding to have everything that schools are receiving, from food to stationery, distributed among them.

These reports come after President Emmerson Mnangagwa and Manicaland provincial administrator Edgars Seenza have also remarked that there were thefts of aid in Manicaland.

GMAZ chairperson, Tafadzwa Musarara, observed that reports of aid looting could result in dwindling donor aid. He also attributed these thefts to the scarcity of resources.

The cyclone destroyed crops which were a few weeks from harvest, leaving villagers with no prospects of food this year.

The Manicaland Province and the whole country is facing severe starvation due to the cyclone and El-Nino induced drought.

Both the government and the United Nations have called for handouts from sympathisers with the president projecting that the country needs about 800 000 tonnes of maize.

Seenza once said that they were increasing security as donated tents, food, blankets to orphaned children were being stolen by others at community distribution points.