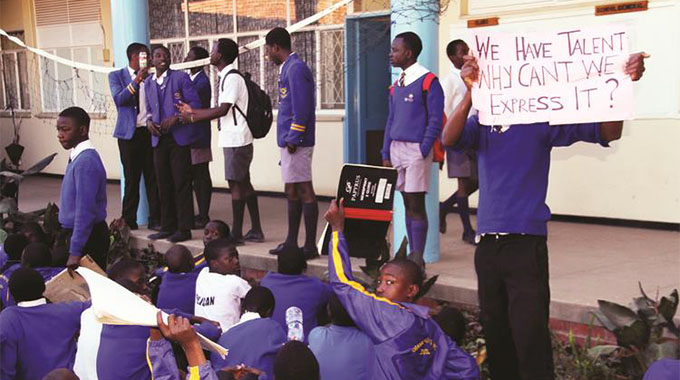 The Progressive Teachers Union of Zimbabwe (PTUZ), has demanded that the government pays its members salaries equivalent to the US$550.00 monthly salaries they earned before the return of hyperinflation.

The teachers have also demanded that the Apex Council, the board which represents civil servants, be dissolved forthwith.

PTUZ president, Takavafira Zhou, said that if the government fails to address the teachers’ concerns during the holidays, they will embark on industrial action in September. Said Zhou:

Failure to make inroads on these issues will see industrial action by teachers with effect from the beginning of the third term.

This is a message that the government must take seriously if it dreams of bringing stability in schools in particular and the country at large.

We have also been tasked with negotiating a reasonable rescue package over the holidays, provision of land for accommodation purposes, effecting a non-payment of tuition fees for at least three children of every teacher and dissolving the Apex Council and replacing it with a robust negotiation chamber in line with section 65 of the Constitution and ILO conventions 87 and 98, which Zimbabwe has ratified.

… Our members have been insisting on industrial action even this term, but after serious deliberations, we have been tasked with ensuring that government reviews the current salary in line with maintaining the purchasing value of the pre-inflationary US$550 monthly salary.