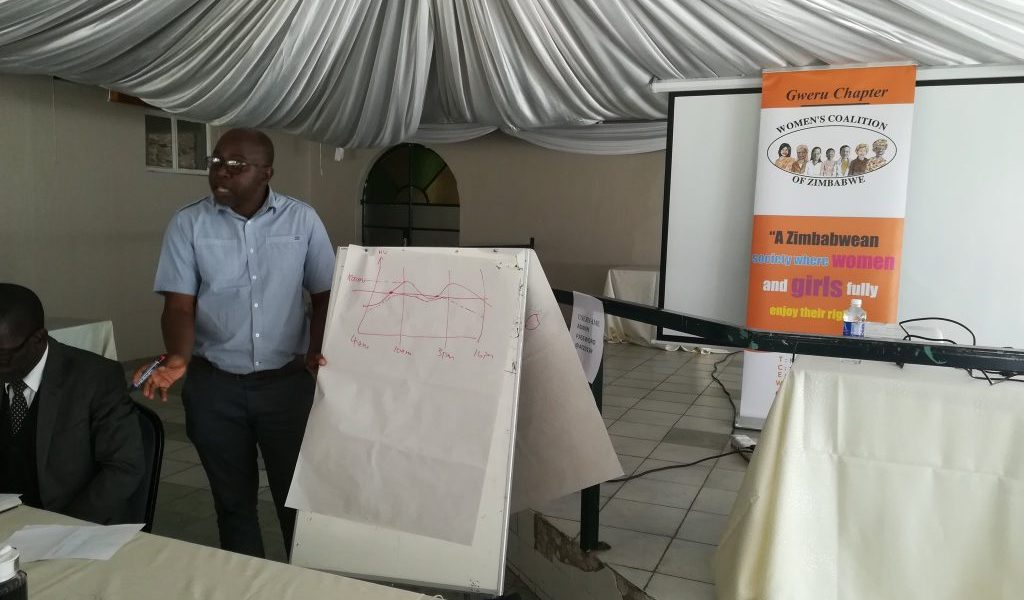 Makumbe was speaking during a two-day engagement meeting organised by the Women’s Coalition in Zimbabwe (WCoZ) Midlands Chapter at a local hotel in Gweru recently. He said:

The situation with regards to power in Zimbabwe is dire and it can only get worse, it is really bad.

We had a standoff a while ago with our major raw material suppliers in the production of electricity which is coal and diesel in Hwange.

As you know diesel prices were increased and coal prices are up so we had a deadlock for almost two weeks trying to resist this because as ZESA our tariffs are still the same.

ZETDC Southern Region Distribution Controller, Engineer Brian Gurajena, told the meeting that there is nothing unfair with the load shedding schedule as it was something merely technical. He said:

We know most people complain in areas like Mkoba that the via Mambo area gets more electricity than Mkoba North, this is because that area is powered by the Anchor Yeast line that needs to be switched off and on manually which needs resources to go on the ground while Mkoba North we can easily do that from our control rooms.

We also have areas where houses are connected to grids with institutions that cannot be load shed such as Hospitals hence they are always on.

Sometimes we are allocated very few megawatts which cannot power some areas which consume more power which results in those areas needing less power possibly being powered because we cannot forfeit the little electricity that we would have been allocated from the national grid.

2 comments on “Without Govt Intervention, Load Shedding Will Get Worse – ZESA”