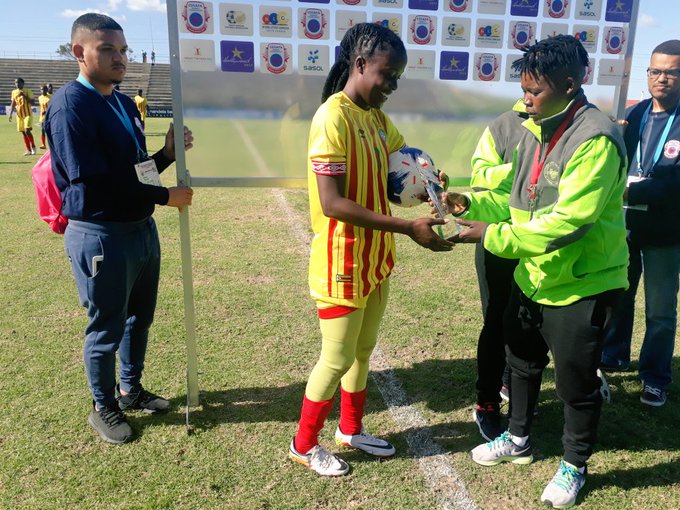 Rudo Neshamba scored a hattrick on her return to the Mighty Warriors fold following a long knee-injury layoff.

Zimbabwe drew first blood through midfielder Emmalulate Msipa in the 34th minute. This was followed by a Neshamba brace inside the last 10 minutes of first-half.

Angola reduced the deficit to 3-1 in added time through Cristina Makua.

Neshamba completed her hattrick on the hour mark as the Mighty Warriors sailed to victory in the tournament’s opener.

The Mighty Warriors square off against Mozambique on Friday in their second match of Group C.