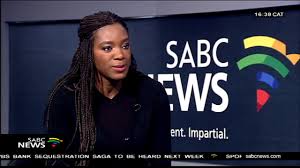 Amnesty International’s Deputy Director for Southern Africa, Muleya Mwananyanda has urged that the Zimbabwean government should bring to account security forces implicated in the August 1, 2018, fatal shooting of protestors in Harare.

Mwananyanda said that for Zimbabwe to be considered a country which respects human rights, it should ensure that no one is untouchable for violating human rights. She said:

The tragedy of the post-election shootings is compounded by the fact that no one in the army suspected to be responsible for the bloodshed has been held to account for these brutal killings.

This is despite the fact that the alleged perpetrators have been identified through the media and social media videos and pictures.

If the Zimbabwean government wants to demonstrate that it is committed to human rights, it needs to ensure that the wheels of justice start turning faster than they have done over the past year.

… Authorities must institute a thorough, effective and impartial investigation into the killings of protesters, some of whom were killed while fleeing, with those found to have acted unlawfully brought to justice through fair trials.

Zimbabwean authorities should under no circumstances allow further impunity and cover-ups for the killings. If Zimbabwe is to become a human rights-respecting society, no one, including the army, should be untouchable for violating human rights.

Soldiers opened fire on August 1 in 2018 to quell post-electoral protests. Suspected opposition supporters picketed in Harare called for the release of presidential results. The subsequent military intervention resulted in six deaths, with some of the fleeing civilians shot in the back.