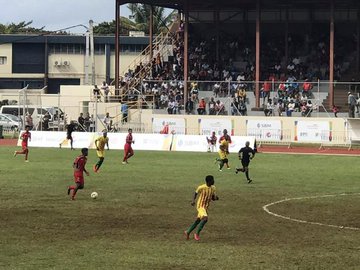 The Zimbabwe Football Association (ZIFA) has finally given in to pressure to host national team games in the country’s second-largest city, Bulawayo.

The second leg of the CHAN qualifier between Zimbabwe and Mauritius will be played at Barbourfileds Stadium in Bulawayo this coming Sunday, 4 August 2019.

The gates charges for the match are as follows:

Meanwhile, the Warriors thumped Mauritius 4-0 in a match played on Monday morning in the Indian Ocean Island. Leeroy Mavhunga and Never Tigere scored a brace each.