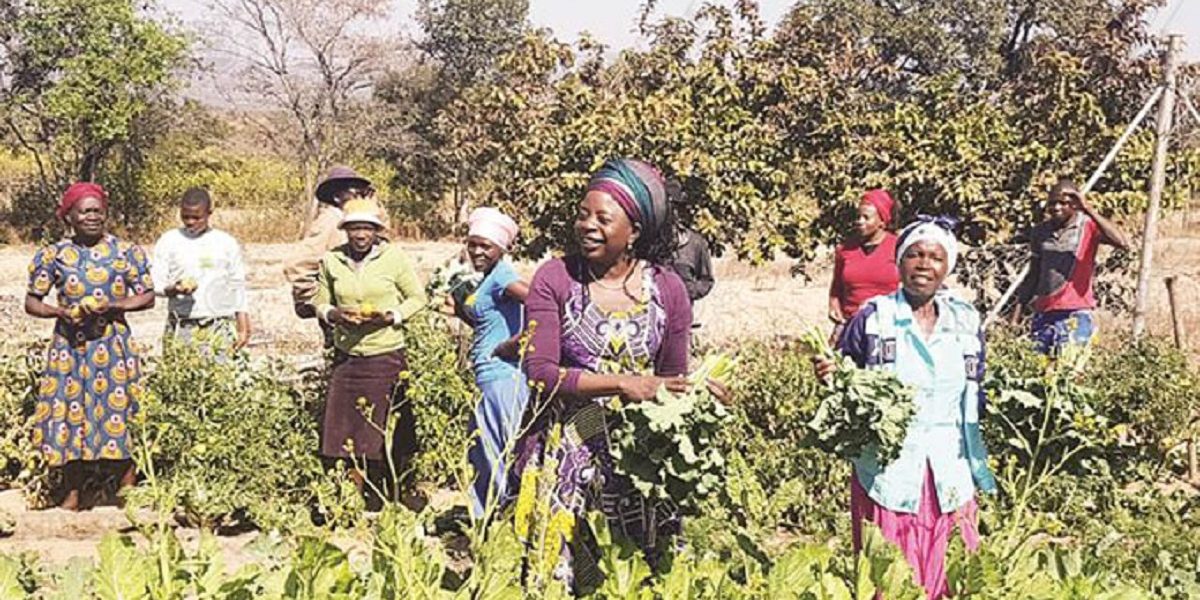 Public Service, Labour and Social Welfare Minister, Dr Sekai Nzenza, whom social media said was on the run has said that she is in the country.

Reports had suggested that she was on the run following the arrest of Tourism Minister, Priscah Mupfumira, over seven counts of corruption and criminal abuse of office. Since the arrest of Mupfumira, Nzenza has not appeared in the public.

Nzenza told the Herald that she was is in the country, and spent the weekend at her rural home in Chikomba East constituency. Speaking to the Herald, the minister said:

Good morning Africa (Moyo). Am in my rural village. Will send you photos soon.

She is said to have later sent the photo above which presents her in a vegetable garden.

These reports are in resonance by the report that was given by Secretary for Information, Publicity and Broadcasting Services, Nick Mangwana, and Justice Minister Ziyambi Ziyambi on Sunday. Mangwana said:

Having a lot of media enquiries around the whereabouts of Hon Minister Nzenza.

I have spoken to her and she assures the nation that she is in her constituency in Chikomba East and not on the run from anything or anyone and used strong terms to dismiss the circulating rumours.

Ziyambi Ziyambi also reported that Nzenza was in the country. He said:

I spoke to her last night (Saturday night). She is around; unless she had run away when I spoke with her. But I spoke with her, we were discussing about our work in Parliament next week (this week).

So, surely, that should be the social media for you.