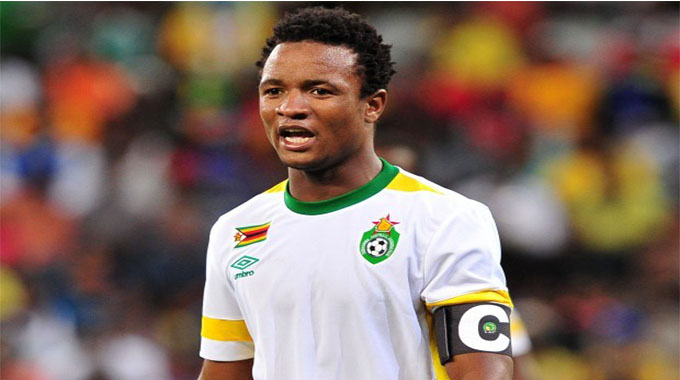 Warriors captain, Partson Jaure is optimistic ahead of Sunday’s encounter against Mauritius at the New George V Stadium in Curepipe.

The Warriors are in the Indian Ocean Island for the first leg of the first round 2020 CHAN qualifier.

The return leg will be staged at the Barbourfields Stadium next Sunday.

Speaking to reporters on Friday, Jaure revealed that the prevailing weather conditions are better compared to previous visits. He said;

We are all looking forward to the game. When we arrived here it was raining but it’s now a bit windy though and not very hot as in our previous visits here.

The Warriors have played Mauritius 9 times. They won 7 times, drew once and lost once.  The only loss was way back in August 1982 when they lost 0-2 in the Indian Ocean Games. The two nations drew 1-1 in August 2013 in a Chan 2014 qualifier.

If Zimbabwe overcomes Mauritius, it will take on the winner between Lesotho and South Africa in the final round of qualifiers for the finals that are set for Cameroon in January/February 2020.