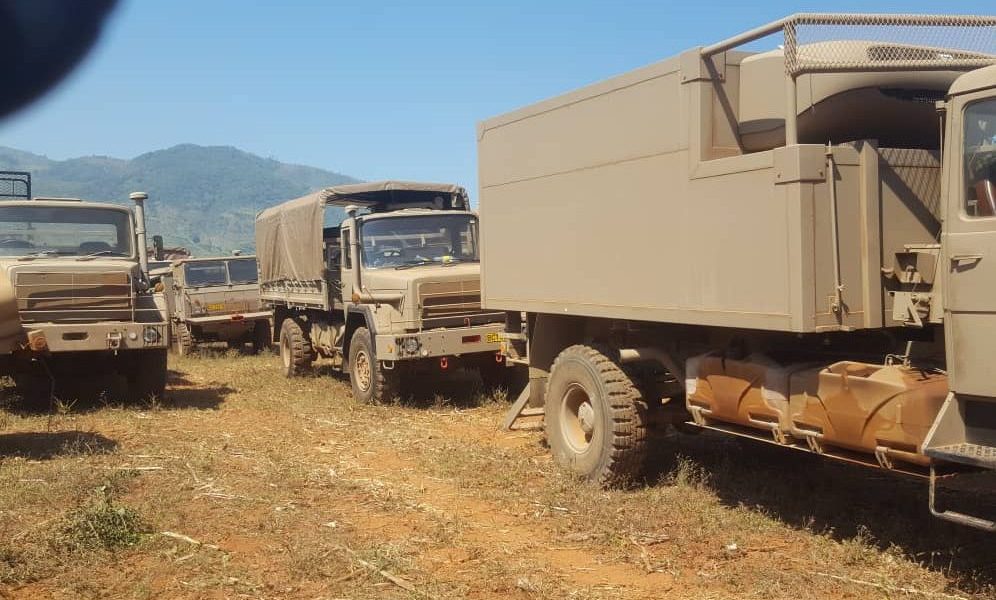 The South African National Defence Force (SANDF) has been deployed in Chimanimani and Chipinge Districts to help with the reconstruction of areas ravaged by Tropical Cyclone Idai.

The South African military delegation is made up of 118 engineers.

The deployment of South African soldiers in Eastern Zimbabwe follows a promise made by the country’s Minister of International Relations and Cooperation, Lindiwe Sisulu to assist in the reconstruction of roads and bridges in Chimanimani, particularly at Kopa growth point.

Dzingire Growth Point, popularly known as Kopa was one of the areas in Chimanimani District that suffered enormous destruction.

The delegation is being led by Lieutenant Colonel Delnot Njoko. He told ZBC News that they will be camped in Chimaninani for 23 weeks. He said:

We are not here for war, we are here to assist our counterparts in the reconstruction of two bridges here in Chimanimani.

More construction equipment is on its way to to this area to expedite the reconstruction efforts. Of course, this follows a pledge made by our minister of strengthening our relationship with Zimbabwe.

Commander Zimbabwe Corps of Engineers, Colonel Aaron Edwards said that the objective is to ensure that all roads and two bridges are completed before the onset of the rainy season.

Chimanimani residents expressed optimism that the joint operations by the two military units will make the area navigable soon.