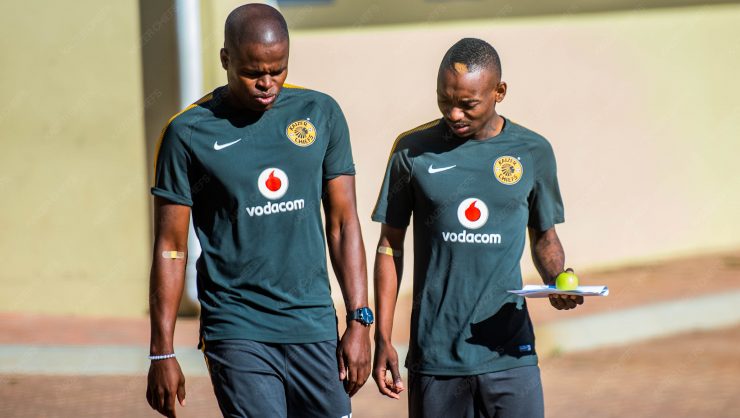 The representative of Warriors and Kaizer Chiefs winger, Khama Billiat, finally spoke at length over reports that his client is set to return to former club, Mamelodi Sundowns.

Speaking in an interview with KickOff.com, Michael Ngobeni said that he did not know anything about Billiat’s rumoured possible transfer to the Brazilians. He said:

I don’t know anything about that, I’m not negotiating with any club regarding my client.

If they are doing that behind my back I don’t know, I’m also going to wait and see you know. Only thing I know is Khama is happy to stay at Kaizer Chiefs, that’s only what I know, to be honest with you.

Because even Khama himself is saying that he is preparing well to play in the big derby coming up now you know. This is news to him also so I think you’ve got it because sometimes knowing football, I will be busy telling you that it’s not happening while it is happening.

But can you imagine Kaizer Chiefs letting Khama go back to Sundowns? Can you imagine that happening? Can you imagine fans… you know these clubs man, Chiefs and Pirates, they are run by fans bro you know. Even myself I cannot negotiate that deal, because otherwise, they will destroy me. I can’t do that you know.

But if the player he wants to go and the club wants him to go it’s another issue. But in this issue, the player is not even interested to go there you know.

No, no, no Billiat is not going anywhere my man, he is a Chiefs property, and we are not negotiating with Sundowns for Billiat my man. That’s how it is, nothing more.

So ja we are just watching the speculation in the media but between Chiefs and Sundowns, there are no negotiations for Billiat.