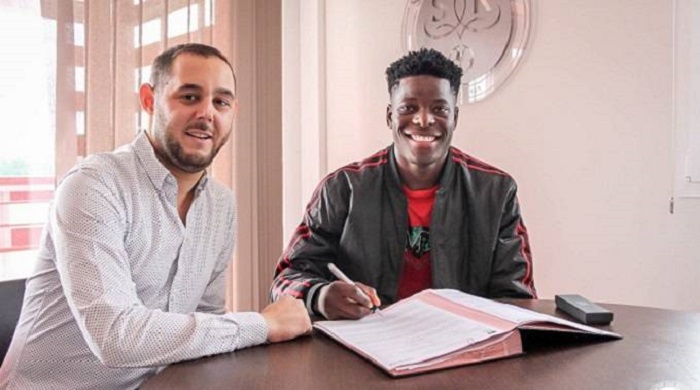 Warriors and Stade de Reims midfielder, Marshall Munetsi said that he is happy at his French club though he is still adapting and getting used to the place.

The former Orlando Pirates player signed a four-year contract with the French side and hopes to make it into the starting when the new season starts in August. He said:

The environment is okay I’m still getting used to the place, but I am adapting very well.

The goals are simply still the same and it is to keep on working hard and to improve every day to be a better player than l was yesterday.

And to also do my best to make the first 11 for the upcoming season and to win a cup also with the club.

Training has been okay, the team has been very welcoming and l have enjoyed the training sessions so far with my teammates.

Munetsi is happy that he managed to fulfil the dream of playing in Europe. He added:

I have always had a dream to play in Europe, and France was a country and a league that l loved. It has produced top players.

This is a dream come true and I just thank God, he made it possible because it’s not everyone who gets opportunities like these in their career.

This means a lot to my career as l have joined a big club and it’s a dream come true. It also feels nice to be rubbing shoulders with players with big names and the best in football.

The 23-year-old expressed his faith in God and believes that the Almighty will take him to places he has never been before.

I am aiming higher and I believe in God and I know that through him we can do the extra ordinaries, we can be the best.

I trust in him and I know that he has plans for me and my career because he is the one who gave me this talent.