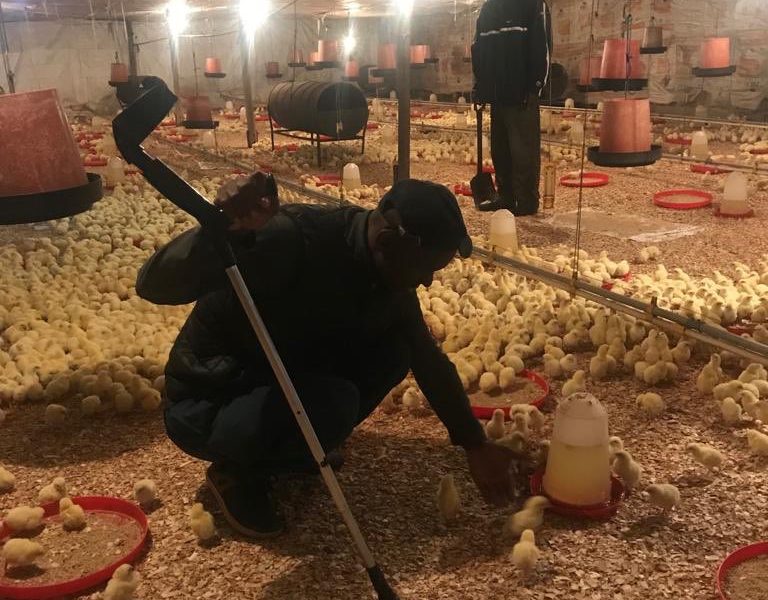 A Zimbabwe Broadcasting Corporation (ZBC) employee, Tendai Munengwa is set to lose some of his fowl runs at his farm in Goromonzi.

Munengwa reportedly runs a thriving poultry business with 10 000 chickens at any time.

However, the Ministry of Lands, Agriculture, Water, Climate and Rural Resettlement wrote to Munengwa notifying him of its intention to withdraw a permit on some of the fowl runs.

In a letter dated 14 May 2019, the Secretary for Lands, Agriculture, Water, Climate and Rural Resettlement, R. J. Chitsiko wrote:

RE: WITHDRAWAL OF PERMIT NUMBER 834 FOR THREE (3) FOWL RUNS AT MUKWENE FARM: GOROMONZI

This note advises you that the above-mentioned permit issued to you on 15th April 2019 is withdrawn to address issues regarding the use of fowl runs.

The Minister of Lands, Agriculture, Water, Climate and Rural Resettlement has directed that the fowl runs be shared. Accordingly, you will be issued with a permit for your allocation of the fowl runs.

I have argued that corruption is not partisan when it comes to greed.ZBC News reporter Tendai Munengwa is a very successful chicken farmer but he is under attack from corrupt officials in the Ministry of Agriculture who want to take part of his fowl runs. He has 10000 chicks!

Tendai Munengwa wanted to run on a ZANU-PF ticket in the last election, so he is not from the other side, but he is still falling victim to the predatory system. I have argued that Political Reforms would bring sanity to land ownership & tenure. How can serious farming take place?

How does Tendai plan for the future when his offer can be withdrawn just like that? How does a Zimbabwean in the MDC living in England even think of investing back home when a ZANU-PF election candidate & ZBC senior reporter can be treated like this? This is why we need Reforms!

I have admired Tendai’s tenacity as a journalist, he overcame disability & has become a good farmer. The man who wants part of his operation has a farm next door so he wants to be a multiple farm owner!